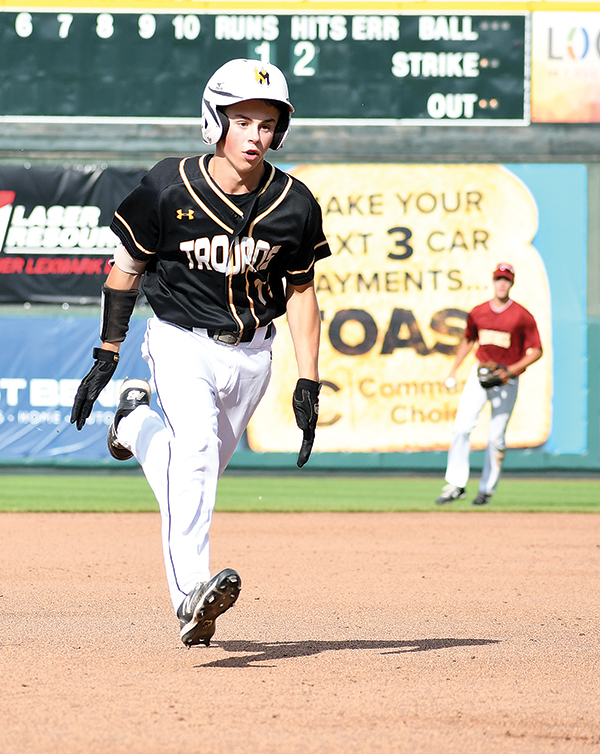 Photo Courtesy of the Times Republican

What a week it was for Class 2A as well. A lot of action as the regular season winds down and the postseason picture officially set. Overall, top ten teams with 34-11 while outscoring their opponents 429-195, the largest scoring margin out of any class for week six. Lets see how the top ten fared out across week six action.

Last Week: #1
In a light week of work, the Bulldogs went 4-0, winning all but one by double digits. The other was a 12-4 win over Dallas Center-Grimes. That says enough.

Last Week: #6
If the only mark against a team is a one-run road loss against Assumption, that’s a great week. Combine that with an extra innings 8-7 road win over Xavier, the Trailblazers have firmly etched their names as a top-tier team. Likewise, Owen Heuhnergarth has done nothing but impress on a daily basis. His three-hit, four RBI performance was arguably the deciding factor against Xavier.

Last Week: #2
Since June 20, the Midgets added another six wins to their total, half of which were shutouts including a 6-0 win over West Sioux. Carter Snyder continues to impress during his senior campaign, racking up 32 RBI so far this season- ranked ninth in 2A and ranked 11th as a pitcher with 56 strikeouts.

Last Week: #7
With one of the hardest schedules in the class, the Cougars had a relatively breezy schedule with a pair of 10-0 wins against teams with losing records. But in between those W’s, was a 9-2 win over a rising Monticello program. Now take into consideration that Cascade beat Beckman just two weeks ago, the Cougars could be looking at a nice run this postseason.

Last Week: #4
The highlight of the Bulldogs came during a prime Southeast Iowa Super Conference North game against Highland, taking down the Huskies 12-8. That essentially seals up first place for Mediapolis with a 13-0 league record. Aidan Danz and Jaxon Brooks have been a powerful duo at the plate, combing for 53 RBI of the team’s 166 total runs.

Last Week: #3
The time finally came- the Wolverines lost. But not many teams can say their 20-game win streak was snapped by a 20-18 loss. Hard to knock a team that can go blow-for-blow with a great offense like West Marshall, especially when the Wolverines snapped right back to win 5-2 to split the Friday doubleheader.

Last Week: #5
Going 4-1 since June 20, the Eagles continue to show that their offense is one of the best around. They’re 10-0 in games scoring at least 10 runs. Scoring an average of 9.7 runs, only Van Meter (11.9) and Dike-New Hartford (9.9) rank higher among 2A. And it’s been well-spread throughout the lineup, with seven of the primary starters scoring at least 15 runs.

Last Week: Not Ranked
The Trojans re-enter the rankings after notching a pair of wins over Columbus Catholic and Dike-New Hartford. Against the former, they won 11-2 with star sophomore Owen Siegert stealing three bags along with three hits. In the following win against New Hartford, Kinnick Christensen (3 RBI, 4 runs) and Parker Reese (3 runs, 5 RBI) put on a show.

Last Week: #10
If there’s one thing that’s holding back the Raiders, it’s been big losses to top teams. The week before, they lost 17-1 to Assumption and now dropped a doubleheader to Independence by a combined 26-1. Hardly a ringing endorsement, but Williamsburg still remains one of the most balanced teams this season considering they’ve been mostly in step with Beckman this year (splitting the season opener) in terms of production against an all-state schedule.

Last Week: Not Ranked
Like the #9 team, the Blue Raiders have had a rough schedule. Before this week, their longest winning streak of the year was three games. Now they’re riding hot with seven straight wins including a three-game stretch against Monticello and Benton. With the exception of Van Meter, there may not be a team with more momentum heading into the final week of the regular season.