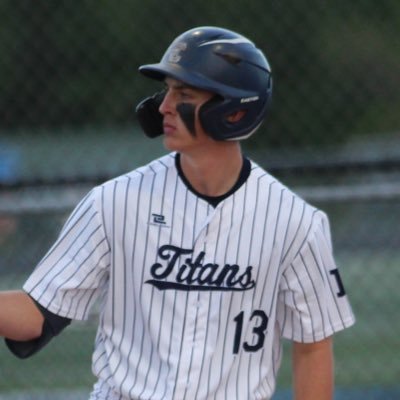 It was an exciting week yet again for the Class 3A ranks that will surely see a few more shakeups. Overall, top-10 teams in the class combined for a 37-15 record. Through that, they outscored opponents by a 406-204 margin. Lets dive into how the wild week five impacted the top ten.

Showing just how intense 3A opponents can be, the Knights were one of just two top ten teams to go unblemished on the week. They ended up a whopping 7-0 while outscoring their opponents by a 71-12 margin. That turned out to be the most runs produced by any top ten team across week five in Class 3A. The Knights currently sit second in 3A with 172 RBI while fifth in total bases with 286. Assumption rests 11th in team strikeouts. All of that comes against the seventh-strongest strength of schedule in Class 3A.

The Tigers continued playing strong baseball through week five. They suffered their second loss of the season but they still reside as the only team in 3A with 22 wins to this point. They still are one of the best pitching teams in the class with 191 team strikeouts (2nd in Class 3A) and a team ERA of 1.10. They’ve been stingy with allowing hits, leading 3A with just 99 entering week six. The Tigers have also allowed the fewest earned runs out of any Class 3A team.

Through a schedule rated as the second toughest across Class 3A, the Bobcats continue to show up strong. Across week six, they picked up five wins including a sweep over 4A’s fourth-ranked Cedar Falls. Overall, Western Dubuque outscored their week five opponents 42-13 while ranking number one in the class in team average (.354), RBI (179), hits (243), and total bases (333). All that coming while striking out just 94 times at the plate, one of the better marks in Class 3A. The Bobcats continue to climb as they have not suffered a week below .500 yet this season with three of their four losses coming against ranked 4A foes.

The Saints dropped down three spots in part to their two losses on the week which came against Independence and Cedar Rapids Washington. Mostly though, their bump down had more to do with the weeks that Assumption, Western Dubuque, and Grinnell ended up having. Ultimately, the Saints still had a solid week and still rest third in 3A in total bases with 298. Interestingly enough, their 222 team hits rank second in the class and are one of just two top-ten teams to reside in the top-five in both hits and team ERA on the season in Class 3A.

With the Golden Eagles, no matter what they are still a top-five team and ultimately it’s like splitting hairs for positioning within the top five. Wahlert did get swept in a double-header with 4A’s Cedar Rapids Prairie but overall, outscored opponents 50-22 in week five. They are still continuing on a strong run through the second-strongest schedule in Class 3A. For a fifth straight week, the Golden Eagles are a top-five team when it comes to total bases, currently sitting fourth in 3A with 288. They are the only 3A team to reside top five in both total bases and team strikeouts.

The Titans continue to roll after securing their third straight undefeated week. Lewis Central ended up outscoring foes by a 56-13 margin across the fifth week of action. That included outscoring Kuemper Catholic 23-1 in a double-header sweep, a ten run victory over reigning 1A champion St. Albert, as well as a two win Saturday at the Council Bluffs Classic. The biggest highlight of the week included a 6-5 thriller over 4A’s second-ranked Waukee. The Titans sit atop the 3A ranks with a .383 mark in team batting average, not to mention number one in OBP at .536. The Titans have proved a lot so far as they climb two spots in our latest rankings.

Not as strong of a week as we’ve seen from the Clippers, getting outscored 27-28 on the week. Ultimately, with ranking second in 3A in OBP (.475) while top-ten in hits, RBI, and walks, it’s impossible to send Clear Creek Amana out the top-ten door. Even though they did suffer a few loses on the week, they did manage to sweep CPU and take a four run win over 2A ranked foe in Beckman Catholic. The Clippers are still one of the more impactful offenses in 3A amid a WaMAC conference and a top-15 ranked schedule in 3A.

The Tigers of ADM have been consistently rising within the Class 3A ranks and for that, they’ve ended up with their first appearance in the top-ten this year. ADM took both games in Council Bluffs this weekend, defeating Glenwood and Sergeant Bluff-Luton. They have accumulated 14 total victories so far this season while ranking top-15 in team strikeouts (141). A well coached team that has been consistent, the Tigers are well on track for one of their best regular seasons over the past ten years.

While their trip to Council Bluffs didn’t end well with two straight losses, overall the week was fairly good for the Warriors. They knocked off 4A-ranked Sioux City East in a double-header sweep and that came after sweeping another 4A foe in Sioux City West. They sit atop the Class 3A ranks in home runs with 14 while resting top-15 in RBI with 136. Their patience at the plate has not gone unnoticed as they rank fourth in 3A with 130 walks offensively.

Optically, it didn’t look great for the Mustangs going 2-2 on the week. It is worth noting though, that for the second straight week, Independence has taken down a top ranked team. They did so against Wahlert two weeks ago, and then came back this week by knocking off Xavier and handing the Saints their largest loss of the season. They currently sit with 233 total bases and rank seventh in Class 3A in fewest strikeouts offensively with 99.