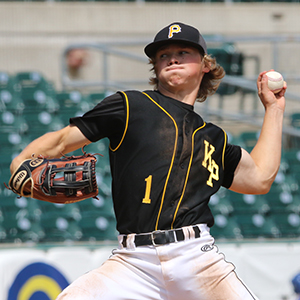 What a week it was for the Class 1A ranks! Top-ten teams flexed their muscles and ultimately, there were no new additions to the group that ended up with just four combined losses. Overall, top-ten teams in 1A went 39-4 and outscored their opponents 433-100. Lets see how the top-ten fared overall across the sixth week of action.

Another unblemished week for Remsen St. Mary’s who outscored their opponents 27-6 to remain one of just two teams in Class 1A without a loss this year. It was a three game slate for the Hawks who bumped their scoring average up to over ten runs per contest. Still the top dogs in the class as the postseason nears ever closer.

It was another Newman Catholic type of week for the Knights who went a perfect 5-0 on the week while outscoring opponents 47-11. It was a big week which included the season series sweep over St. Ansgar plus, a little bit of revenge extracted from Northwood-Kenesett. Ultimately a lot to like about the week for Newman who leads the Class 1A scene in strikeouts on the mound with 274, doubles (63), total hits (280), and overall total bases earned (395).

It was a pitching and defensive clinic for the New London Tigers who walked away from week six with a 4-0 record, having given up just four runs all week long. Meanwhile, the Tigers touched up 58 runs which included a ten run victory over fellow ranked team in Don Bosco. The Tigers have cemented themselves as one of the heaviest hitters in Class 1A and it shows with their class leading .563 slugging percentage. New London has one of the most balanced teams in Class 1A and it won’t be s surprise to see this team dive deep into postseason action.

Another busy week for Kee baseball and for yet another week, the Kee Hawks go undefeated, this time going 6-0 across week six. Only two of their six games ended with the Kee Hawks scoring less than ten runs. This has been a team from the start that has had such offensive firepower and defensive power to go the distance. They currently lead the class in RBI (262) and runs scored (347).

It was yet another strong week for the Lynx who posted up the most runs out of any Class 1A top-ten team. The ended up outscoring opponents 73-13 and going a perfect 5-0. They have proven to be one of the fastest teams in the state as they not only lead Class 1A, but pace the entire state in stolen bases with 196 entering week seven. After sweeping Lisbon to round out the week prior, North Lin put up another impressive week that include a five run win over Class 3A’s Center Point Urbana.

A lighter week for the Dons of Don Bosco yet still it was an overall strong one. Through their three games, the Dons won two by ten runs or more. The only loss came against third-ranked New London in a 10 run contest. Overall, the Dons are poised for yet another strong slate of games as the postseason looms close ahead.

It may have been a lighter week with just three games, but the Panthers made the most of it, winning all three contests. Through that, they outscored opponents by a 27-6 margin. That included a 4-3 win over a tough Woodbury Central squad. Overall, the Panthers are averaging nearly ten runs per contest and sport a run differential of +7.2 heading into week seven.

The Crusaders had another strong week as they captured five wins across their six games played. Overall, they outscored opponents 51-9 and captured victories over Woodbine, West Harrison, and Whiting. The Crusaders have always been a strong scoring team and enter week six with a run differential of +5.4, averaging nearly ten runs per contest.

The loss finally came for the Eagles of Ankeny Christian. The team finally tasted defeated as they went up a few classes to take on Clarke. Other than that, it was a normal Eagle type of week where Ankeny Christian soared as they continue to make history, etching their second 20-plus win season in program history. Overall, The Eagles are averaging 9.7 runs per game to help give them a run differential of +7.3, one of the highest marks across the Class 1A landscape.

The Cougars continued their strong run in week six, going 4-1 while outscoring opponents 38-15. Their week included victories over West Harrison Boyer-Valley, Grand View Christian, and Glidden-Ralston. Overall, CAM comes into the new week averaging practically ten runs per game while giving up a mere 2.3 runs per game for a run differential of +7.5.