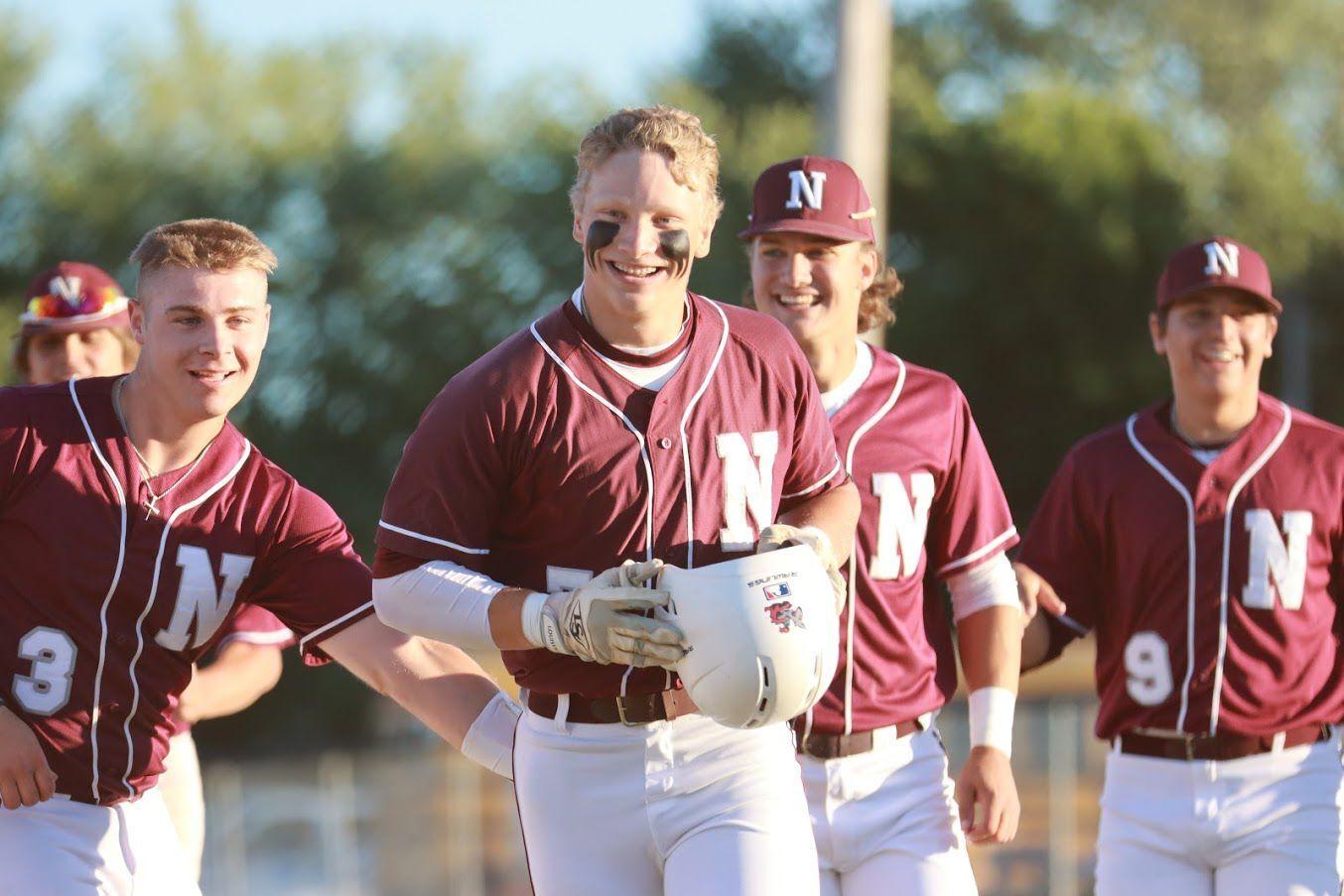 It’s as obvious as obvious can be, hits equate to success in the sport of baseball. Whether it’s station to station hitting or crowd pleasing long balls, hitting is the most critical part of the game…that’s basically the game, period. One class that has stood out in the hit column over recent seasons has been Class 1A.

Class 1A has seen an uptake in hits each of the last two seasons and has grown synonymous with the hits statistic. In fact, in five out of the past six seasons, Class 1A has sported either a team or individual leader in hits across the state. Last season, the 128 Class 1A teams produced a total of 23,010 hits with an average of 179 hits per team. That’s despite one of the highest strikeout rates in the class over the past five years. There’s no doubt about how strong the 2021 campaign was for Class 1A with ten teams posting 300 or more hits for the season. On top of that, Class 1A tied with Class 4A with four batters recording 60 hits or more.

Now it’s time to dive into those who might take up the mantle individually across 2022. There are plenty of individuals capable of taking the crown but as history has it, seniors have typically walked away with the 1A hit title. After all, four out of the past six seasons has had a member of the senior group walk away with the hits crown. So after further conversation, we now dive into the top hits leaders in Class 1A for the 2022 season ahead.

It doesn’t take too much digging at all to see how the Kee High School baseball team captured their 24th state tournament appearance in school history. That put the program tied for seventh all time in state tournament appearances. A big part of the 2021 success came from the bat of Tyson Cota who’s 60 hits ranked fourth in the class while totaling another top-ten mark of 85 total bases on the season. Cota, who has drawn interest from several Iowa collegiate programs, sported a .408 batting average with 19 extra-base hits across last season. All that is on top of the fact that Cota was an strong pitcher as well, dishing out 71 strikeouts and a 1.49 ERA.

Three out of the four classes had at least two batters inside the top five for hits classified as underclassmen. Only one class had a sophomore or younger in the top ten. Class 1A was that class and it was thanks to St. Albert’s young talent Brendan Monahan. Monahan had his best season to date, sporting those 59 hits along with 41 RBI and 82 total bases, the ladder of which ranked second among all sophomores in the state. Of his 59 total hits on the season, 16 of them went for extra bases. His overall mark for the season was .431 at the plate while striking out just 18 times. Among the top ten hits leaders in 4A, Monahan was second with 24 total walks on the year. Those 59 hits in fact ranked as the most among all sophomores across the state.

Recently, there’s been a last name synonymous with success and around the Linn County area. In fact, the name Hilmer has become synonymous with success from all corners of the state. Now, enter the right-handed bat known as Austin Hilmer. Continuing on the Hilmer legacy, Austin struck up 58 hits on the season (2021) and posted a .439 average with 74 total bases. His biggest claim to fame across this past season came on the base paths however where he swiped 75 total bases. That mark obliterated the second most by 21 stolen bases. That mark also bested his own record by 23 stolen bases and marked the most swiped bases over the past 15 years. That would put him top-ten all time in career stolen bases, with more yet to come.

Of all the batters that spelled excitement within the Class 1A world in 2021, Woodbury Central’s very own Carter Bleil was definitely one of them. The Kirkwood CC commit ranked eighth in 1A with his 55 hits which resulted in 41 RBI for the season. Bleil totaled 73 bases on the year with an overall average of .534. His 42 stolen bases tied for 5th best overall across Class 1A, not to mention tied for eighth across all base runners in the state of Iowa. Bleil was as methodical as he was efficient. It was tough to bring down this left-handed bat who totaled 14 extra-base hits including four triples on the season. It’s fun to watch Bleil’s swing and the impact he has on the outcomes of games. Definitely one to watch out for if you’re looking for a standout player for sure.

Hailing from the 2021 champion St. Albert Falcons, another sophomore bearing the green and gold in Colton Brennan has made his way into the top five for this list. It comes as no surprise for the now junior, who became one of just nine sophomores over the past five years to sit fifth or higher in total hits within Class 1A at the end of a season. Brennan hit his way to a .383 average with 62 total bases on the year. Brennan walked 11 times while being hit by pitch 12 times across 2021. He sported eight doubles on the year and drove in 31 runs total for his sophomore season. He was one of three Falcons to reside inside the top 10 of Class 1A in hits. No matter how you dice it, Brennan has and always will be one of the most difficult outs for opposing pitching.

A number of things went into CAM baseball tying the programs’ largest win total (24) in the past 15 years. Good coaching, good fan bases, and of course good players. Last season, no one on the Cougars did more to help the cause in the hit category than Colby Rich. His 52 hits marked 11th in the class and went well with his 24 extra-base hits. It seemed effortless for Rich who joined fellow teammate Lane Spieker as two of the top three home run hitters in Class 1A last season; Rich blasting ten homers. As a result of all those hits and all that power, Rich ranked second among 1A hitters with 65 RBI, not to mention ranking sixth in total bases with 97. In turn, Rich hit .520 overall with a slugging mark of .970. It was a strong season for Rich and the Cougars which only seems to ramp up once the 2022 season arrives.

Joining his teammate on the top-ten returning hits list is Kee talent Damon Weber. It was another strong season for Weber who helped the Kee Hawks to their highest win total since the 2011 season. Weber improved 29 hits from the pre-pandemic season of 2019 and his 51 total hits tied the 2021 Class 1A field for 11th overall. Weber captured 32 RBI in the process while racking up 73 total bases. His presence certainly added to such a strong year for the team overall with their 15th summer state tournament championship game in program history. For Weber’s part, which was sizable, he also totaled a .440 average at the plate, complete with 27 total walks. He was certainly a key figure in such a strong season and by all accounts, looks to improve upon that in 2022, making baseball fans even more eager to get the season underway.

Of course, the very same individual who hit for the home run cycle last season would make his way onto the returning hits leaders list. Newman’s very own Nash Holmgaard made the 2021 season quite memorable for his four homer extravaganza in late June against West Fork, accounting for ten of the team’s 15 runs that game. That however, was just part of the overall strong season for Holmgaard, who ended the year ranked third among Class 1A hitters with 63 RBI and 101 total bases. His average ended at .429 for the year while his extra-base hit count concluded at 26 for the season. Ranked as the 12th best first-baseman in the state (according to PBR-Iowa), Holmgaard is set to once again help the Knights make another state tournament run, their 25th should they make it. It was a disappointing ending to the 2021 campaign for Holmgaard and the Knights but make no mistake, it was a season many dream of having and will likely only improve in the upcoming 2022 campaign.

Across all four classes, just one other team will have three of the top ten returning hits leaders on their roster aside from the Kee Hawks of Kee High School. Thanks to Dalton Dibert, that is exactly the case as he comes in ninth on the list with 47 hits across the 2021 season. Dibert posted a .379 average with 61 total bases earned across the previous campaign. Along with that, the patience from Dibert were on full display throughout the season, especially by the fact that he ranked third across all Class 1A hitters with 32 walks drawn on the season. It’s easy to see why the Kee Hawks were so effective and a chunk of that came from the bat of Dibert.

En route to their sixth state tournament appearance in school history, Tri-Center had quite the crew to help the program be so successful. One such individual was Justice Weers. The spotlight never seemed too big for Weers, who posted a .475 average at the plate across 2021. Weers also posted 77 total bases, partially with the help of 50 RBI, a top-seven mark within Class 1A. It started pretty fast for Weers who delivered on 14 RBI through his first 13 at-bats of the season. He went on to post 20 extra-base hits along with a .778 slugging mark. All that came with just 13 strikeouts on the season as well. It was one of his best seasons to date which is scary for opponents because he’s on track to do even better once we hit the 2022 campaign.