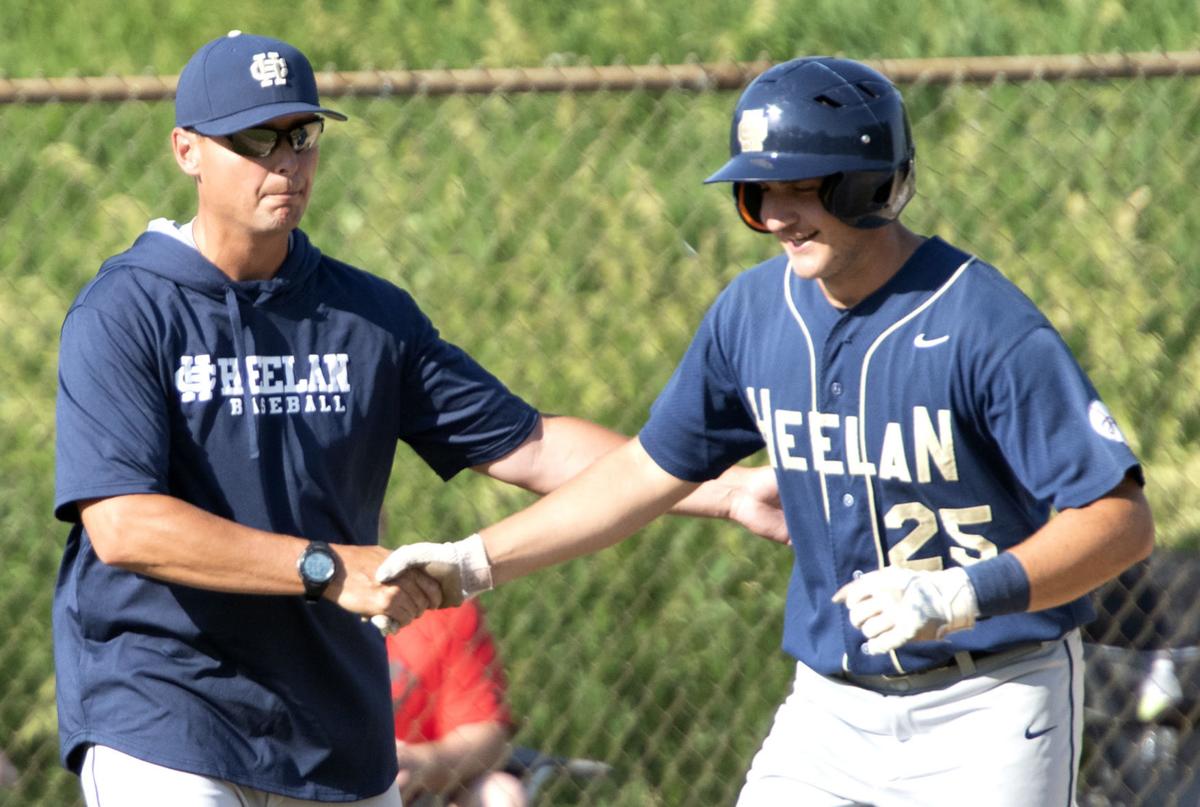 With the season winding down, it’s great to see so much excitement still flowing in Iowa High School baseball. That was especially true across the Class 3A scene in week six. Overall, top-ten teams combined for a 38-17 record, outscoring their opponents 536-234 in the process. There were plenty of teams flexing their muscles including Bishop Heelan who arrived in the top-ten list for the first time with two big victories over Sergeant Bluff-Luton. Grinnell also flexed with an eight run win over 4A’s Indianola and a three run win over Norwalk. Solon also showed why they have an offense capable of being number one by knocking off the top ranked team by an 11-run mark. Lets see how all of that shaped our newest rankings for week seven.

Overall, it was a solid week yet again for the Knights of Assumption. Yes, optically the 11-run loss to Solon didn’t look great but with the offensive firepower that the Spartans have, plus the rest of their week, it was hard to dethrone them from number one. Assumption still went out and produced around that loss, ultimately outscoring their opponents 63-12. They’re tops in batting average (.372) within Class 3A and have been the most efficient scorers (226 RBI), all while wielding the second-best team ERA mark in the class at 2.63.

Same scenario here with not enough throughout the rest of the week to overcome the lone loss for Grinnell. The Tigers posted up an impressive win over Indianola only to turn around a few days later and take down another 4A squad in Norwalk. Throughout this week alone, the Tigers have outscored opponents 56-10. They remain the best at limiting opposing bats’ effectiveness (.171 BAA) which includes a Class 3A leading 1.15 ERA complimented with 220 strikeouts.

Outscoring opponents 64-10, there’s not a lot to dislike about the surging Titans of Lewis Central. After all, they were the only top-ten squad in Class 3A to go undefeated across the week. Lewis Central ended up tied in allowing the fewest runs among top-ten teams. The Titans overall outscored their opponents 64-10 to produce another flawless week. Offensively, the Titans made a statement by bumping their RBI total up to 226 which sits tied for the best mark in 3A. Lewis Central also rests 3rd in the class with 119 stolen bases. Lewis Central once again proved that they belong in the conversation as they just keep winning, producing the top scoring differential (+206) in the class.

The Golden Eagles may have lost two this week but make no mistake, they are a top five team regardless. Wahlert routinely has to deal with a tough schedule (second hardest in Class 3A) and yet from that, they. still sport an average of nearly eight runs per contest. When you dive into the losses, Wahlert didn’t lose a single game to a 3A opponent or lower. In fact, their entire week six slate included nothing but Class 4A squads, including top-ten ranked Cedar Falls. Overall, the Golden Eagles still sit strong with 223 strikeouts (fourth in 3A) and 14 triples (second in 3A).

Out of the toughest schedule Class 3A has to offer, the Western Dubuque Bobcats fared out fairly well with a 2-2 mark. Those four games coming as two double headers against two top-ten ranked Class 4A squads. A split with both Iowa City High and Hempstead and the Bobcats are still averaging nearly 8.5 runs per contest. Their .360 average still ranks second in Class 3A while their 206 RBI ranks fourth overall. They are the top 3A team in doubles with 60 while leading the 3A ranks with a .488 team slugging mark.

Within the top five, it’s like splitting hairs to determine the top ten order and for the Saints, their trio of losses bumped them down a few spots. Week six marked the first time this season that opposing teams outscored them within a given week. It was still a strong week for the Saints who (through the third strongest schedule in 3A) picked up victories over Dubuque Hempstead and Iowa City High, both 4A programs. The Saints still reside top ten in team ERA at 2.65 and sit atop 3A with 93 strikeouts offensively. Definitely a team that no one wants to face with hopes of a state tournament on the line.

There was plenty to like from Independence across week six with a 5-2 record while outscoring opponents 80-40. The Mustangs have been an intriguing team this season and still remain very relevant in many conversations. One such conversation is with the long ball as the Mustangs rank number one with 21 home runs to lead 3A. Their mark of .482 slugging currently ranks fourth-best among Class 3A squads in the state. Yes they did lose out in both games of the double-header with Marion but with the Wolves slowly returning to better health, it’s not hard to see anyone fall to the defending champs at this point. The Mustangs remain just as relevant in the top-ten conversation as most teams.

The Clippers had a more neutral week with three wins and two losses in week six. They did lose to Muscatine who has been struggling as of late yet they are a Class 4A opponent. Overall, the Clippers still managed to outscore their opponents 52-20 across the week. To move them much in either direction would be hard as they did lose two but still reside top five in batting average (.334) and on base percentage (.475).

The defending champs had quite the stretch in week six with seven total games played. Through that, they won six and outscored their opponents by a 73-32 margin. A split with Center Point Urbana brought the only loss for the Wolves in week six, a team that is back up to where we’ve seen them in the past, averaging nearly ten runs per contest. Their 382 total bases ranks fourth among 3A teams in the state while their .483 slugging mark ranks third overall in 3A. They may be a little banged up health-wise still, yet Marion remains one of the scariest teams for opposing squads to face.

With their five win week across week six, the Crusaders of Bishop Heelan continued to impress. Despite a rough start to their season, Bishop Heelan has rattled off quite the rest of the season and recently, that has meant winning nine of their last eleven contests. They have been so close to the top ten for six straight weeks but this time, they crack the top ten after sweeping previously ranked Sergeant Bluff-Luton in double-header action. On the mound, they’ve limited teams to a .176 average with is third-best among 3A squads. That’s without mentioning their 275 total hits and 386 total bases ranking third in the class respectively. Overall, the Crusaders have squarely set themselves in the top ten with an impressive body of work heading into week seven.