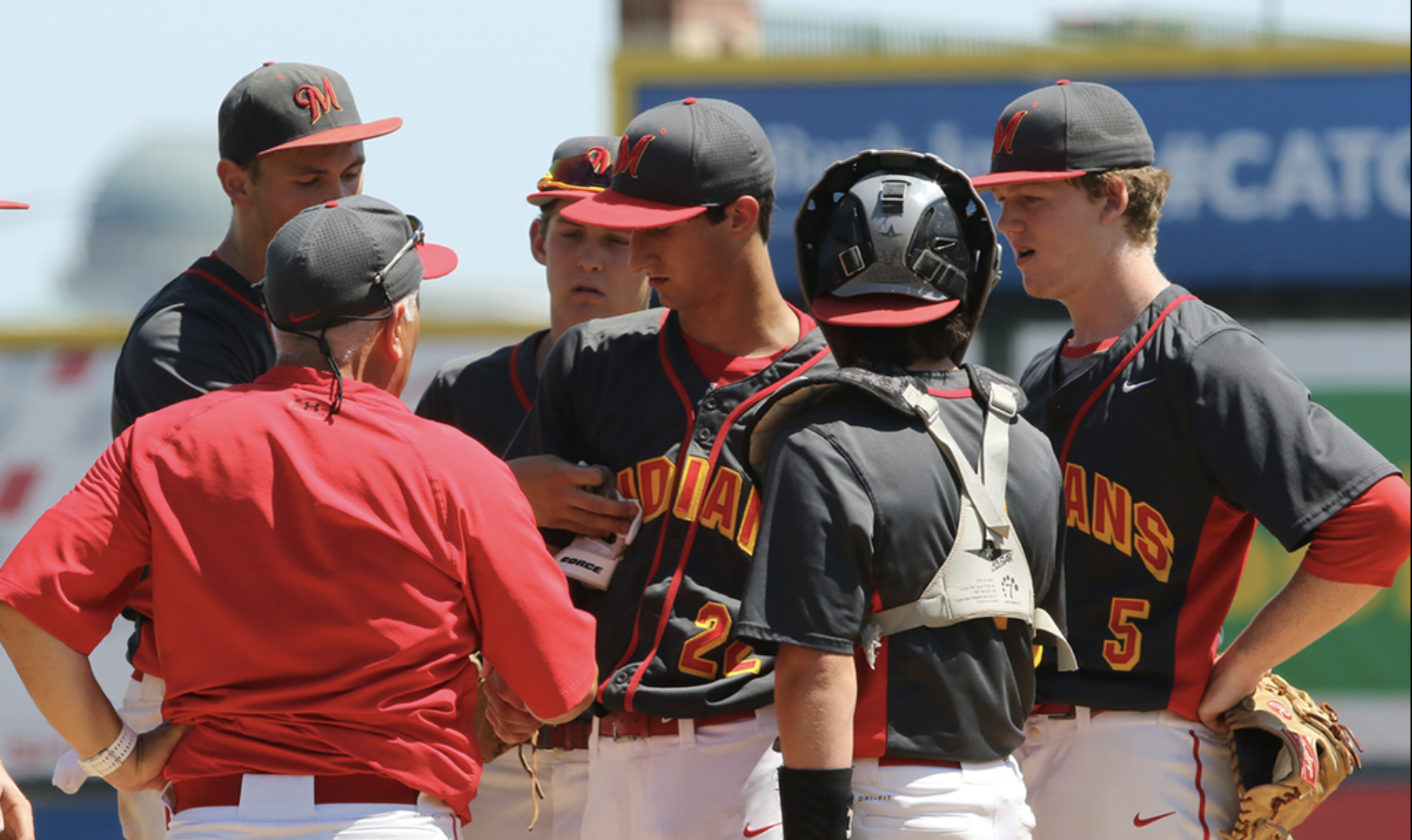 For the first time since the program began, the Marion High School baseball team is singing championship tunes as they advanced to the 3A state title game with a 9-2 victory over Central DeWitt.

It’s not only the first time the Indians as a team have made the title game, but its the first time head coach Steve Fish has earned such a trip within his storied career. Coach Fish now enters the 3A title match for the first time within his 762 career victories. Ultimately, this result for coach Fish and the Indians has seemingly been something of due course as Marion has graced the state tournament three straight seasons and three out of the last five years.

“As we walked off the field last season, these kids said they will be back,” began coach Fish. “Not just that, but they said they would make it to the title game after coming up one game shy. I’ve been around a lot of good teams but this one is something special, they’ve had pressure on them all season but they’ve never buckled.”

The last few years has seemingly led up to this for Marion as they were eliminated twice in the semi-finals each of the last two season. Thanks to a nine run, ten hit performance against a tough Central DeWitt team, they finally broke through.

“It felt amazing as we’ve put a ton of work in this offseason,” began starting pitcher Owen Puk. “We really played our game today and we came away with the win.”

As for Puk himself, it was as good of a game as one could ask with a trip to the state title game on the line. Following a great lineage with brother A.J. Puk (currently with the Oakland Athletics), Owen has been on a tear all season with 47 strikeouts entering the state tournament. Friday he added eight more to that list while holding a Saber team averaging eight hits and six runs per game to just two earned runs and just three hits. In total, it was the second lowest hit total for Central DeWitt all season long. He helped force the Sabers scoreless on eight opportunities with runners in scoring position and despite 11 runners on base, Puk and the Marion pitching staff limited the opposing offense to just one hit.

“We knew coming into the game Central DeWitt was a good hitting team,” stated coach Fish. “You really couldn’t ask for more than what he gave us out there today. He hit his spots and didn’t let the game get away from him.”

Coach also mentioned that despite the chance to head out to Florida International for college ball at the beginning of the summer, Puk was making one more trip closer to home.

“Owen was one of the first players that said we’d be back to the state tournament this season,” started Fish. “He could have left as soon as school was over but he chose to stay and was determined not just for this team to make it to state, but to win it all. He’s as great of a person as he is a ball player and it says a lot that he would stick around to help us out.”

What also helped out was the work on the offensive end for the Indians. Along with the ten hits acquired, Marion was not shy of earning those hits in clutch situations. They ended up hitting .583 with two outs and did so with the help of eight two-out RBI. In the end, six Marion batters recorded hits as the Indians touched up four runs in the second and sixth innings while earning a one spot in the fifth.

“This team does such a great job seeing the ball but what impressed me a lot was that even though some of our bigger hitters didn’t have the games their used to, our younger guys really stepped up,” said coach Fish.

Now, as Marion claims their ninth win over Central DeWitt since 2009, the Indians will head into the state title game where they will battle it out with the winner of Xavier and Wahlert Catholic. Marion is fairly familiar with both teams in postseason play but have yet to capture a victory against either squad at the state tournament. Then again, this season seems an awful lot like a title winning season for Marion as they’ve done nothing but outscore their opponents 56-7 including two state tournament battles. So far it’s been the best season record-wise with the most runs scored and all signs are pointing towards something big for the Indians.