A Wild Nightcap, the Wahlert vs Winterset Recap 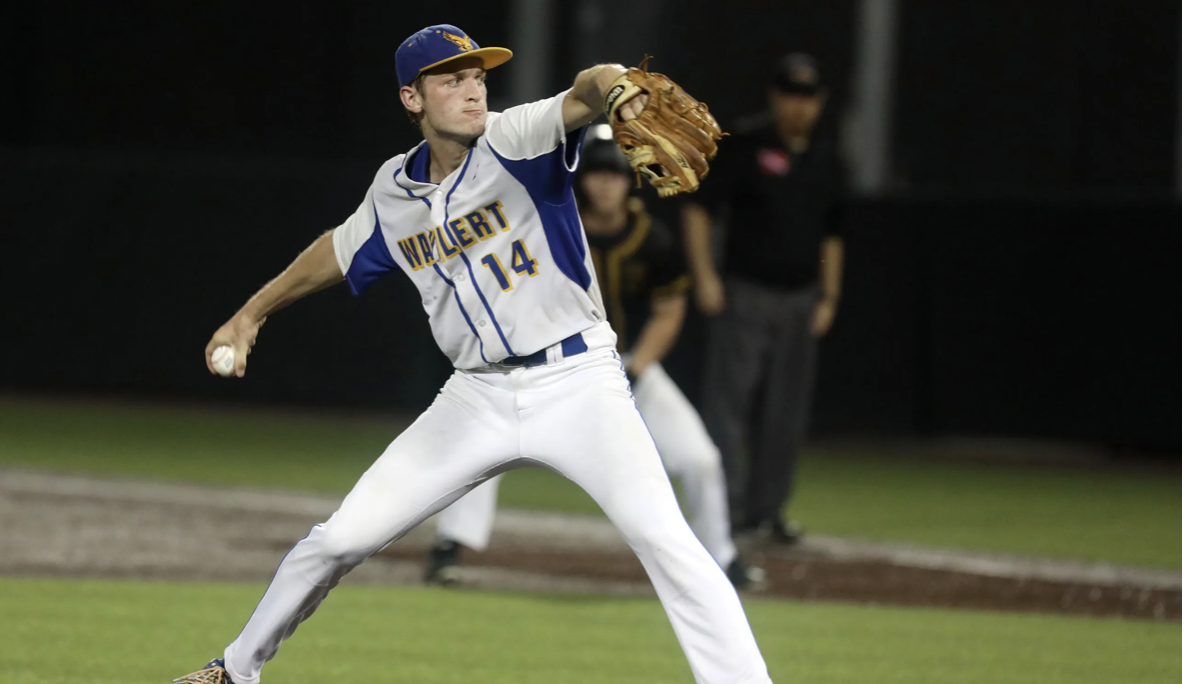 There’s no doubt about it, the Class 3A state tournament quarterfinal finale game to wrap up the first day 3A of tournament action was one that will not be soon forgotten. It was the third-seeded Golden Eagles of Wahlert Catholic as they went toe-to-toe with six-seed Raccoon River Conference foe Winterset. It was a game that seemingly had it all, from 90+ mph pitches on both sides to jaw dropping big hits. It was as back-and-forth and as even of a game as we’ve seen throughout tournament action so far in Iowa City. In the end, despite an early Winterset lead, Wahlert Catholic, who captured their second state tournament victory in school history, advanced to the semi-final round with a 4-1 victory.

The energy was electric and worthy of being a state title game. It marked the 12th state tournament appearance for the Golden Eagles and third for the Huskies and was one that had a lot of eyes on it. The offenses were strong with Wahlert leading the 3A field in home runs (23) while sporting the sixth-best mark of 245 RBI and the fewest amount of strikeouts among all 3A teams (137). Winterset also showed their strength with 189 RBI. But as much as the offenses intrigued fans, it was the pitching battle that claimed the attention. Coming into the contest, Wahlert Catholic’s Aaron Savory sported 83 strikeouts while Winterset’s ace and TCU commit Justin Hackett totaled 80. When game action concluded from Duane Banks, both pitchers did not disappoint, combining for 20 total strikeouts and just 11 combined hits. It was a chippy, yet respectful battle on the mound that had nearly everybody on the edge of their seats for every game. In the end, Savory came out ahead on the strikeout count, sporting 13 K’s which is one of the higher marks in terms of single-game strikeouts in state tournament action. Meanwhile, Hackett also sported a solid line with seven strikeouts and just six hits allowed.

It took no time at all before the excitement was taken to the max. Following a solid top-half of the first by Wahlert, the high school world witnessed Justin Hackett touch up 90 mph on six of his first seven pitches as he set down the first three batters he saw via strikeout.

The first offensive tally on the scoreboard for both teams came in the third inning of play. Winterset was the first team to break the scoreless tie and it happened in a way that will resonate with fans for years to come. Helping out his own cause, Justin Hackett launched his fifth home run of the season with a dead-red shot to center field, traveling 396 feet to do so. Then more fireworks happened in the bottom of the third inning as Ryan Brosius connected on his fourth triple of the year, then completed his time around the bases by scoring on a passed ball.

From there on out, while Winterset flared some excitement offensively, the Wahlert defense put on a bend, but not break mentality. They slowed down the Huskies’ offense to the point of 0-for-10 with runners on. In fact, Savory and the Wahlert defense didn’t allow many opportunities for Winterset to score beyond the third inning. Overall, they limited Winterset to a mere four opportunities with runners in scoring position, not able to capitalize on a single one. Meanwhile, Wahlert offensively capitalized on two of their seven chances with runners in scoring position. They were very opportunistic on offense as they connected on all two opportunities they had with a runner on third and less than two outs.

“This was an exciting game to play in and it was just great to be apart of,” said Aaron Savory after the game. “The fans were great and both teams played great, couldn’t ask for anything more.”

It was the only game of the day that ended in a final that was less than nine runs apart. Ultimately it was the perfect nightcap on the start of the Class 3A state tournament. After the game, both sides were class acts and even witnessed Winterset pitcher Justin Hackett give his congratulations to Savory and the Golden Eagles after the battle was lost for the Huskies.

“Hats off to Wahlert, they are a dog of a team and they earned the win tonight,” began Hackett. “It sucks that we lost here tonight but it was a great game to play in. Savory is a great pitcher and he had a great game tonight.”

Winterset ends their season with a 22-13 mark while Wahlert Catholic continues on to the semi-finals for the third time with a 31-10 mark. There was no doubt that this game had it all including class and respect. A great game for all those young players looking to capture their state tournament memories in the years to come.