The Biggest Thieves In The State: Returning Class 4A Steals Leaders 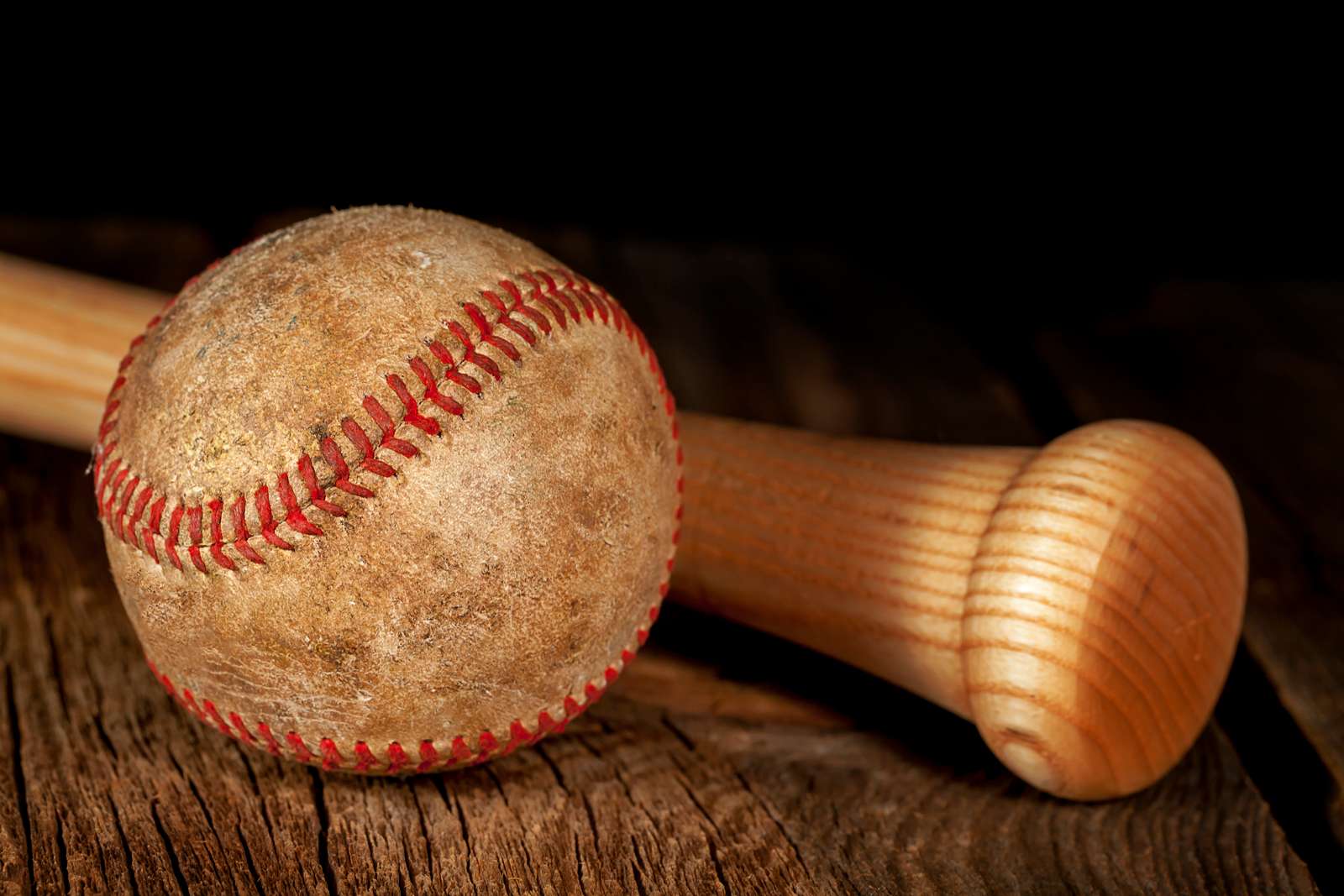 There’s a lot of aspects within the game of baseball that can lead to success or failure. One of the them resides on the base paths, the aspect of the game that can provide just as much winning as it does excitement. Within the Iowa high school ranks, there is one class that was better than the rest across the 2021 campaign, and that was Class 4A. While Class 4A didn’t have the most total stolen bases (6,949 less than the leader in Class 1A), they did have the best average out of any class. That turned out to be an average of 86.2 stolen bases per squad. Overall, no class has seen a run quite like Class 4A’s stolen base run over the past five years. The class has seen an uptake in stolen bases all but one of the past five years (not including the COVID-19 shortened season) with one of the biggest one year jumps coming as they nearly doubled their 2019 production across 2021. That meant nearly 2,000 bases more coming out of the pandemic season than prior to. In three out of the past six years (including the pandemic-shortened season), a different team has led the Class 4A ranks in steals, with the other three seasons being led by Cedar Rapids Prairie. The Hawks represented 4A’s greatest thieves on the base paths within the last five years, with only North Linn besting them in terms of consecutive top-five stolen base marks in the state.

Certainly it will aim to be another season to behold on the base paths, proving the excitement lies within more than the pitcher/batter battle. With that, lets dive into who might possibly take the individual reigns in 2022 as we check out the returning stolen bases leaders heading into the new campaign within Class 4A.

Ranking fourth in Class 4A with 32 swiped bags in 2021, Fort Dodge’s Drake Callon was quite the player to look out for. Those stolen bases came after his production inside the batters box where he hit .325 for the season, totaling 54 bases across his junior season. He struck 38 hits and drove in 21 on the season. Callon also sported strong numbers on the mound as well, tossing 26 strikeouts on the season across 20 innings of work, limiting opposing bats to a mere .181 average. There’s certainly a lot to the multi-tooled star and what makes things even more exciting for fans is that things are looking to only get better as we head into the 2022 season.

As much as fans were wowed by Gable Mitchell’s defensive and offensive skills in 2021, they were also witness to his speed on the base paths. Mitchell returns tied for second-most returning stolen bases within the Class 4A landscape in 2022. The University of Iowa commit totaled 58 bases on the year while sporting a .352 average at the plate. Ranked as the top 2022 shortstop by Prep Baseball Report Iowa, Mitchell came through with 45 hits which equated to 30 RBI. With an exit velocity off the bat in the mid-80’s Mitchell slugged .453 across the 2021 campaign. His talents have continually shown why coach Rick Heller and University of Iowa baseball has been high on him for quite some time. It’s another edition of loving the talent within the Hawkeye state and Mitchell sure looks to impress yet again for another season of high school baseball.

In six out of the last eight seasons, Mason City High School baseball has produced 20-plus win campaigns. Part of that within the 2021 campaign came from the talents such as Carter Thomas. With 27 swiped bags last season, Thomas (a Wayne State College commit) now returns with the fifth-highest mark. Thomas posted a career-best 32 RBI across a .412 batting average in 2021. In total, Thomas accumulated 54 hits, 30 walks, and 78 total bases, also some of the best stats of his career.

Before departing to become a member of Central College baseball next season, Cedar Rapids Washington talent Jabari Dobbs will be seeking to up his base stealing skills at the high school level in 2022. Last season, Dobbs tied with the 11th most stolen bases among Class 4A players with 27. Along with those 27 stolen bases to lead the team, Dobbs posted 38 hits ( 11 of which went for extra bases). That in turn helped Dobbs accumulate a .365 average with 63 total bases across the 2021 campaign. He also drew 26 walks compared to just ten strikeouts on the season. Perhaps his biggest contribution came on the mound where he tossed 55 strikeouts across 38 innings pitched, limiting teams to a mere .180 batting average.

The high school baseball world in Iowa may know Kennedy’s Dylan Davis as the slugger that tied the states’ highest mark with 13 home runs in 2021, but there was speed to go along with the power. That’s right, even though Davis was the only junior in the state to post over 25 extra-base hits, his speed shown through with his 26 successful swiped bases. The Kirkwood CC commit currently sits fourth among 2022 outfielders according to Prep Baseball Report Iowa and used that speed to record 71 putouts and under ten errors committed all across the 2021 season.

Of the 72 total bases earned for Johnston’s Michael Siemer in 2021, he accumulated 26 stolen bases, making him one of our top-10 returning leaders in Class 4A. Siemer was part of that strong Johnston program that has produced three state champions since 2013. He batted .382 for the 2021 season which included 22 walks drawn to go nicely with his 50 hits, which made him one of three Dragon batters to post 50 or more hits during the season. Siemer totaled 46 RBI on the year while slugging .550. The Iowa Central CC commit also matched his play in the batters box and the base paths with just one error committed in the field all season long. Siemer is currently ranked as the third-best ’22 first basemen in the state according to PBR-Iowa.

With Lewis Central descending to the Class 3A ranks, it gives us the chance to take a look at the talented Ames product Evan Grey. Across the 2021 season, Grey totaled 25 stolen bases to lead the Little Cyclones. That was part of an overall strong offensive campaign where Grey totaled 64 bases (also led the team) which helped to highlight his .390 batting average. Grey seemed just as quick with his hands as with his feet, producing 46 total hits which equated to 21 RBI. Interest has been shown for Iowa Hawkeye baseball but no matter where he would land collegiately if he decided so, his talent looks to match well at the next level. He was flawless in the field and overall a strong component of the Ames program over the past few years.

One of the best talents to come from Sioux City West baseball within the last several years, Drew Benson had another “Drew Benson” type season in 2021. That included a career-best 25 stolen bases en route to a more than solid junior campaign. Those 25 stolen bases was part of an offensive drive that included a slugging mark of .600 with a .420 overall batting average, one of the best marks for Wolverine baseball across the past five seasons. Across his 42 hits, Benson drove in 23 runs as he totaled 60 bases on the season. As the rest of the team continues to improve, they’ll surely be led by the impressive talent known as Benson, who was as strong of a talent in the field, committing just three errors all year long.

Hailing from the only Class 4A squad to capture three state titles since 2013, Miles Risley officially joins this list with his 24 returning stolen bases. The Kirkwood CC commit had a season to remember in 2021 that included his 24 successful swiped bases, not to mention sporting 65 total bases on the year. Overall, the talented Risley posted a .378 average complete with 42 hits across his junior season. Along with that, Risley accumulated 40 RBI while drawing 22 walks on the year. Don’t be fooled though, Risley is full of talent and has pop to his bat as well, sporting 16 extra-base hits along with a max exit velocity of 96 mph.

A lot of fans already know about the bat that Dubuque Hempstead’s work inside the batters box across 2021. They know about his 11th-best mark of 15 doubles on the year, part of a 61 hit (4th best), 32 RBI season, and his batting average of .427. However, among his 91 total bases earned on the year, University of Iowa commit and current Dubuque Hempstead talent Kellen Strohmeyer was also known for his dangerous abilities on the base paths. That allowed the now senior to produce 22 stolen bases across 2021. Once he arrived on base (which came at a clip of .500 for the season), it seemed nearly a forgone conclusion that Strohmeyer would cause trouble on the base paths, something he did quite well with. Among his 61 hits on the campaign, 21 of them came by way of extra bases. Ultimately, Strohmeyer’s performance on the base paths or in the batters box was very valuable as the team picked up their second 30-plus win campaign since the 2014 season.