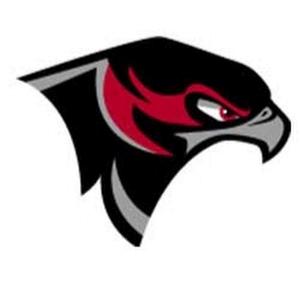 Winning a baseball game in the modern era is tough. Coaching a team to a win is just as difficult, something that truly requires talent. In that case, you could call one of the most talented coaches in the state of Iowa to be Southeastern Community College’s very own Justin Schulte.

Recently, Coach Schulte etched his name into the history books by eclipsing 900 career coaching victories. The milestone victory came via one of the most Blackhawk-like victories as the program produced a season-high 16 runs on Wednesday, March 16. It was a 16-6 final for the Blackhawks as Coach Schulte became one of just 15 coaches in Iowa to hit up 900 or more coaching victories. Nine batters totaled 18 hits including a trio of home runs where three batters (Cole Yearsley, Maxton Polad, and Jesus Jaime) touching up three or more RBI.

“What was really cool is just how the team played,” said Schulte. “We had five different relievers give us five shutout innings. Offensively we had

It was a big victory without a doubt but one that coach Schulte didn’t talk about as a Lone Ranger.

“It talks a lot about the people I’m surrounded by,” began coach Schulte. “What a supportive family I’ve had my whole life and then can’t talk enough about the players I’ve been fortunate enough to coach. And the assistant coaches, I can’t even quantify what they’ve meant to the program.”

Coach Schulte now joins rarified company that includes University of Iowa head coach Rick Heller, Hall of Famer Lee Toole, and even the legendary Duane Banks. There’s no doubt how monumental this is for coach Schulte and Southeastern Community College baseball but no matter how many people sing his praises or the praises of his team, he has never been one to stray away from his main goals as a coach.

“Getting something like 900 wins is nice but in the end, that’s only a small part of what we’re doing here,” said Schulte. “Hopefully it means that we’re doing enough right to string enough wins together to hit that kind of mark. Ultimately, it’s about helping these players be the best that they can be and develop them not only as good baseball players but good people as well.”

That is the type of philosophy coach Schulte has had with him wherever he has been, no matter the position he has held. Schulte has become the embodiment of hard work and what the JUCO route can do for anyone both player and coach. He himself was a player went from D3 to Southeastern where he then made his way to the University of Iowa, pitching for the Hawkeyes in the Big Ten Conference. The start of his 24 year coaching tenure started in 1996 as the pitching coach for the Blackhawks back when the program was an NAIA team. His first taste of being a head coach came in 1998 when he led the effort of Mount Mercy University baseball. His effectiveness as a coach was first witness while leading the Mustangs. Coach Schulte took over a downtrodden program that amassed just eight wins prior to his arrival. He then turned that around into 33 victories his initial year, and 276 wins (compared to just 170 losses) over the course of his tenure with the team. It was with the Mustangs where coach Schulte mentioned his passion for the game in that role really flourished.

“Thinking back through my coaching career, I believe that what happened at Mount Mercy made me a believer in myself,” began Schulte. “We were 15-23 at one point and I was questioning if I knew what I was doing and then those guys won 17 out of 18 games.”

It has seemed that no matter where coach Schulte has been, it’s been a successful ride. After he departed from the Mustangs program following six strong seasons, he went back to his roots as the head coach this time with Southeastern Community College baseball. Upon his re-entry back into the program, Schulte turned around a 16-win Blackhawk squad to over 30 victories in his initial season. From then on, it only got better as Schulte and the Blackhawks posted 40 or more wins in four out of the next six seasons. With the following 17 seasons Schulte never finished lower than third within conference play, setting school records for wins in a season with 41 back in 2009 and 42 victories the following year in 2010. All the while, coach has managed to average 40 wins a season in the process.

Overall it’s been nothing but success for Schulte and no matter what was going on, the Blackhawks and the junior college route always seemed to be in the cards for him, not for nostalgia but for a greater purpose.

“I know what this program did for me (as a player) and I know what it can do for kids,” said Schulte. “I have a passion for junior college baseball and Southeastern and the community here. We recently had nine guys moving on to the four year level, some are going D1, some are going to the NAIA national champion. That’s better than any 900th to be honest, seeing our kids move on and be successful.”

From that very passion and drive, 13 All-Americans and a countless number of All-District and All-Region players have come from Schulte’s leadership. Over 180 former players from all over the world have gone on to sign with Division 1, 2 & NAIA programs.  As it stands, every single player that has spent at least two years in his program at SCC has had the opportunity to continue their career at the four-year level.

To that end, it’s really been a love affair with not just baseball in the state of Iowa but specifically the JUCO route for Schulte.

“You really invest in yourself when you go the junior college route,” started Schulte. “When your in the state of Iowa, this state is a phenomenal state for junior college baseball. We have such a good league here, you have to scratch and claw to get to the top and in the last nine years, we’ve had six different teams go to the World Series and it’s about the coaching. It’s fun to compete against each other and we enjoy the competition.”

Catch our full conversation with the milestone making coach Schulte on IAbaseball.com or across our social media platforms in Twitter (@iabaseball1) and Facebook (IAbaseball).