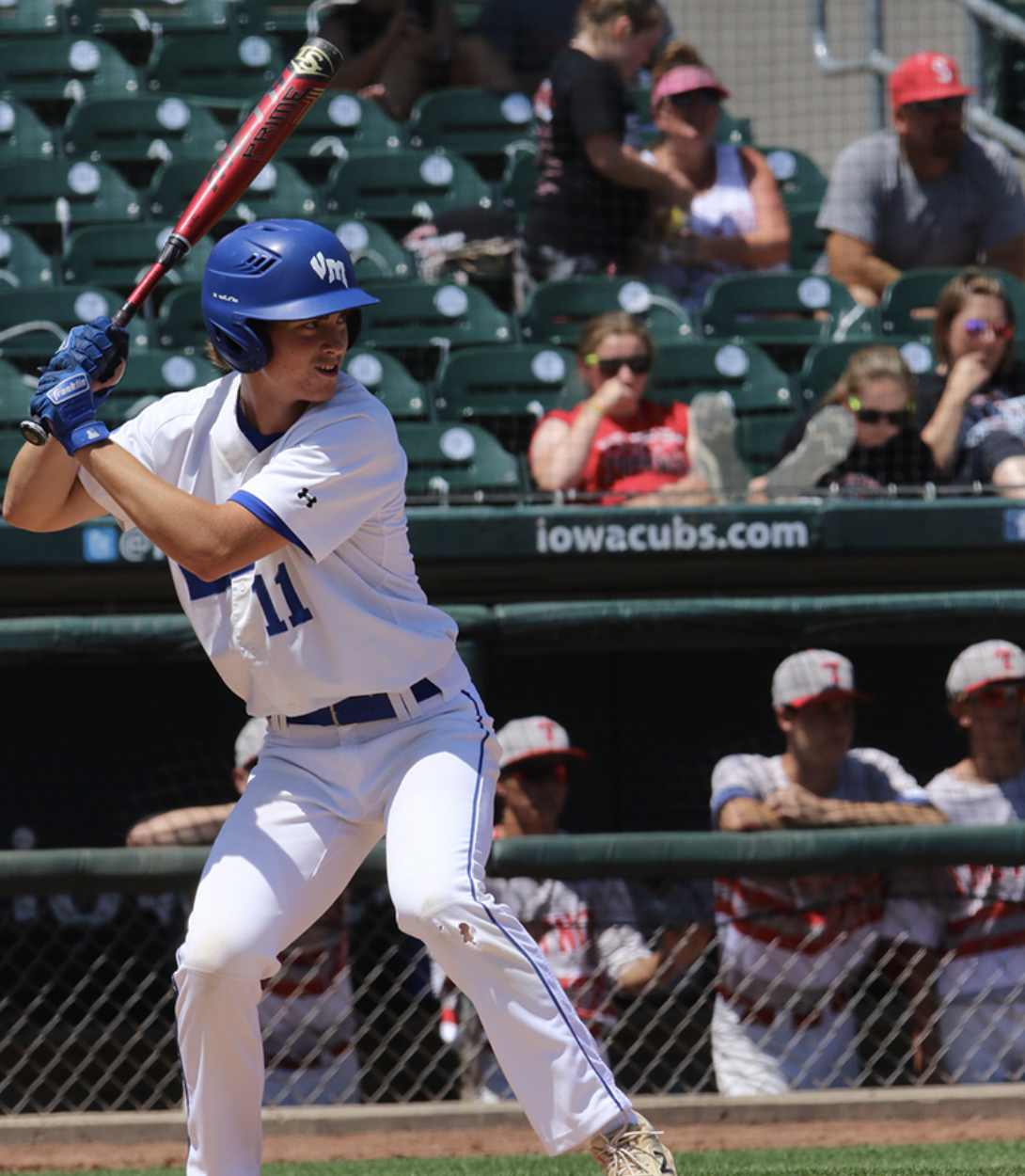 The past few weeks of 2A baseball have been wild. Of the eight tournament teams, only Van Meter was ranked. And not just according to our rankings, the coaches poll too.

2020 qualifier Des Moines Christian and powerhouse West Marshall were usurped by a scrappy Pleasantville team, paving the way for Clarinda to get in after defeating Underwood for the district title.

Roland-Story had been stuck at the top of most everyone’s rankings late in the season only to give up a 6-0 lead to New Hampton in the substate final. Mid-Prairie looked to have strong odds as well facing a Davis County team with a losing record. But the wins and losses beforehand meant nothing as the Golden Hawks will sit at home along with Eddyville-Blakesburg-Fremont and Williamsburg.

Whatever the case, a whole new slate of teams look to make a name for themselves and continue their Cinderella story and prove the pundits wrong.

The Mustangs are ecstatic to just be here. And this is a David vs Goliath story if there ever was one. A team that is 20-26 over the past two years against the two-time reigning state champion.

Before the substate games, Davis had only one winning streak of more than three games this season. Now the Mustangs have won five straight thanks to show-stopping performances from pitcher Noah Zmolek and first baseman Dalton Reeves. This is Davis’ first tournament appearance since 2015 and fifth overall with one state title (2011).

Conversely, Van Meter has seen its fair share of hurdles this season and hasn’t been the same juggernaut of years past. Junior Ganon Archer has stepped up to lead the team both as a hitter and pitcher, giving plenty of consistency with a team chockfull of all-stars.

Since 1980, these teams have appeared at the state games just once each. Unity last joined the party in 2002 while Clarinda danced in 2005. Of the two, only Unity advanced to the semi-finals.

Arguably Clarinda’s most prolific player, Cooper Neal leads the team with 35 hits, 43 total bases, and is an adept baserunner with 14 steals batting third in the order. In the middle of the order, Michal Shull and Tadyn Brown are a danger with a combined 54 stolen bases.

Potentially silencing them, Tanner Schouten comes in as one of Unity’s top hitters in virtually every metric and leads the team on the mound as well with 69 strikeouts.

A Class 3A state qualifier in 2019, Centerville jumped back down to 2A this season. In 2018, they were 2A state champs. Conversely, New Hampton’s first-ever appearance came in 2019.

Leading the way with hopes of becoming two-time state title winners are a pair of two-time all-state honorees, outfielder Brady Kauzlarich and utility player Merrick Mathews. The two not only have been powerhouses at the dish but each has been staples on the mound as Mathews has five wins while Kauzlarich holds a 2.33 ERA.

That said, as a team, Centville’s average game of 7.0-5.5 holds a good advantage over New Hampton’s 6.6-5.9 run average. As a team, New Hampton bats .279 compared to Centerville at .320 this season. But the Chickasaws seem to have a power advantage with 10 home runs compared to three from Centerville. They didn’t even need to hit one out of the park to take down Roland-Story, though.

Camanche hasn’t been at the tourney since 1996 while Denver last appeared three straight seasons from 2016-208.

Overall, Camanche has been a commanding power with an average of 7.9 runs and 3.4 allowed this season while Denver has skated by with a margin of .6 runs per game. Still, Denver is no slouch as Bryce Phelps gets on base just about half of his at-bats while Braden Powers has rare power near the bottom of the order with seven homers. Each has been cornerstones of the bullpen, particularly Phelps with nine K’s in the substate championship against Jesup.

Comparatively, Camanche has four solid prongs between Mason Byrns, Kyle DeWeerdt, Mike Delzell, and Tucker Dickherber. Each with a .450 on-base average, the Indians seem to always be in scoring position. Add Zach Erwin’s 1.82 and Garret Schultz’s 1.15 ERA, the pitching staff is one of the finest of this year’s final eight teams.