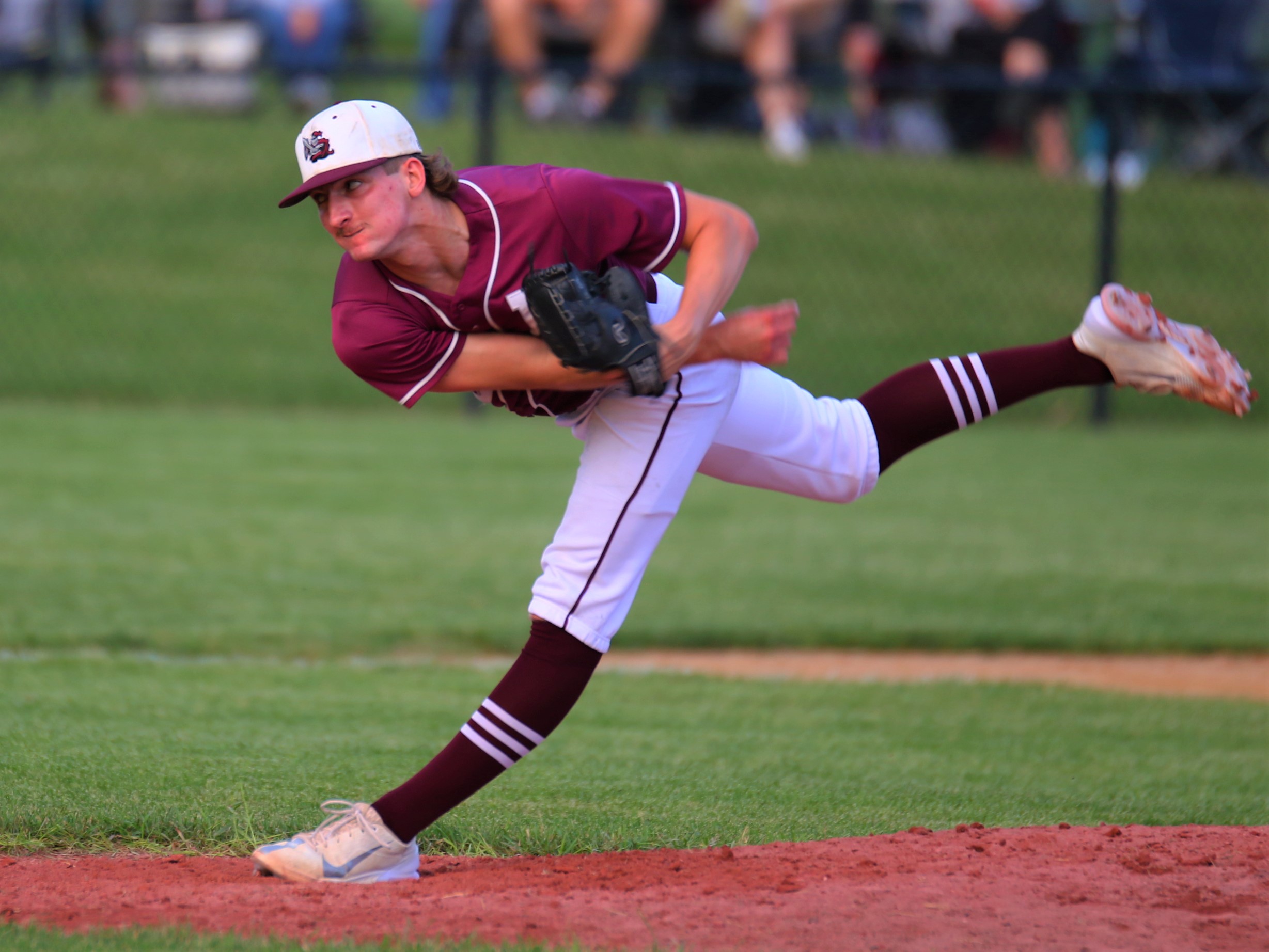 It was a more dominant type of week for the top ten of Class 1A in week four. The top ten squads suffered just four losses while collecting 40 combined victories on the week. Two teams posted 70 runs or more on the week while seven of the top ten went through the week unblemished. It was an offensive showcase overall as they outscored opponents 475-79. Now it’s time to see how the top-10 fared out across week four.

It was another dominating week for Remsen St. Mary’s as the Hawks soared to an unblemished mark, now resting as one of just five teams in 1A to remain undefeated. It now marks the second time in five years that the Hawks have started the season 18-0 or better. The last time their start was this hot, ended in a state semi-final appearance at Principal Park. Now, as they seek another trip to Merchants Park in Carroll, Remsen St. Mary’s has been on fire and in week four, that included outscoring opponents 50-2.

It was their lightest week offensively but the Knights still got the job done, and bounced back with an unblemished week at 3-0. Sporting one of the higher run differentials in Class 1A (+7.4), Newman has averaged nearly ten runs per game. The Knights rank third in both doubles (32) and total bases (234) while also sporting a lot of patience with 98 walks on the season, second most across the Class 1A scene. Definitely still a heavy hitter entering week five.

The Tigers were sure on a tear across week four, accumulating a 5-0 record while outscoring their opponents 60-10. Impressive wins over Burlington Notre Dame and Alburnett helped propel New London to their highest ranking of the year. It suits them as they have been one of the more patient teams at the plate, being effective and striking out just 40 times all season, ranking as the top mark in the class. They reside as one of just five teams in Class 1A to remain without a loss on their record.

A whopping 7-0 on the week and one of the most impactful offenses in Class 1A showed their strength once more. Kee outscored their opponents by a massive 70-3 margin on the week and remain atop their perch in Class 1A with 176 RBI. Any team that can go out and not give up a single run to the trio of South Winneshiek, St. Ansgar, and Don Bosco clearly deserves to be within the top four. That keeps their only Class 1A blemish to the loss against New London. Otherwise, the team with 150 team strikeouts and a class leading 219 runs scored, not much to complain about with Kee High baseball.

Just one blemish on the week for North Linn but overall, not much to complain about as the Lynx outscored their opponents 72-14. They have been one of the more prolific offenses with 128 RBI entering week five. They’ve also been the fastest team in the state as evident by their 139 stolen bases. That mark comes to be very impressive given the fact that it doesn’t just lead Class 1A, but leads the entire state with a 32 stolen base gap between the second ranked team.

It was a strong week once more for the Dons who took three of four and outscored their opponents by a 38-20 margin. They did suffer their second setback of the year in a 6-0 loss to Kee but not much else to notice in terms of blemishes for Don Bosco. Still a sound team that has delivered 177 runs scored through four weeks, not to mention ranking top five in doubles (31) and triples (9) while ranking second in 1A in on base percentage at .535.

The Lions did what they needed to in week four and really the only reason for not moving up is simply how well the teams already in front of them did. Lisbon performed well this past week, outscoring their foes 52-8. They’ve been consistent from day one, sporting just two losses all season long, not to mention a scoring average of 11.2, one of the highest marks of any Class 1A team through the first four weeks of action.

When you outscore opponents 47-5 in a given week, chances are you won’t lose and that’s where the Ankeny Christian Eagles sit once more. Keeping their record unblemished, the Eagles ran through their week four slate. Pitching has been a huge highlight for them as the Eagles have held opponents to a mere .148 at the plate while ranking third in 1A with a 0.91 ERA. This is a fun group to watch and one that just keeps getting better as the season progresses. Definitely cementing themselves as a top ten team in Class 1A.

Just two runs given up on the week for the Panthers as they stroll to another unblemished weekly record. Kingsley-Pierson managed to outscore their opponents by a 46-2 margin as they procured three consecutive victories. So far the Panthers are scoring on average 10.5 runs per game with a scoring differential of +7.8. More tests are yet to come as they face off against a week five slate that includes Lawton-Bronson, Akron-Westfield, and Woodbury Central.

Back into the top ten for Coon Rapids-Bayard. The Crusaders went 3-1 on the week which included an impressive 16-1 win over Glidden-Ralston. They also touched up a 12-2 victory over 3A’s Carroll. This is a team coming into week five averaging nearly ten runs a game which has been helped by seven team home runs.