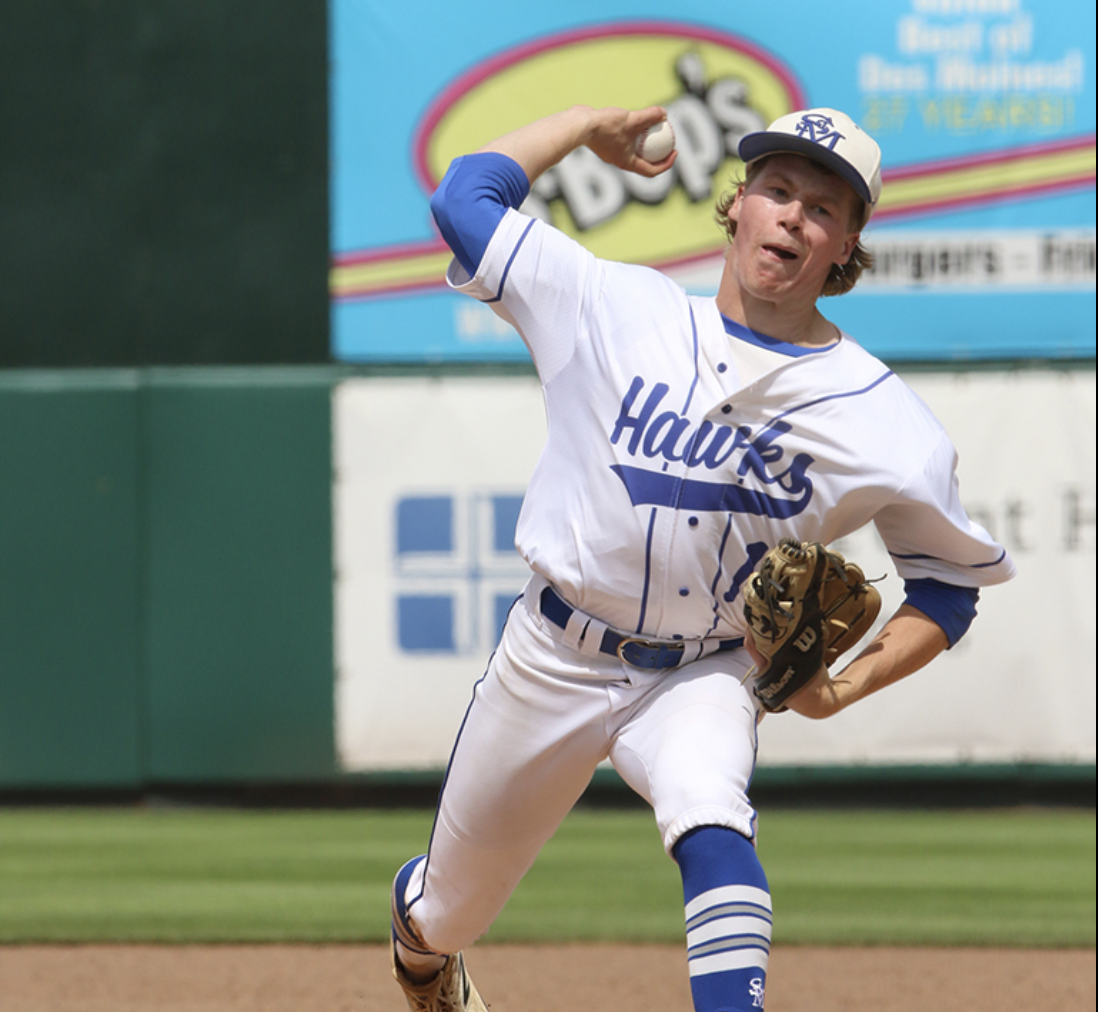 The first true season back from the COVID-19 pandemic has gone exactly as baseball fans imagined it. It was amazing and in Class 1A, it was as good as ever. In total, 25 teams sported at least 20 victories or more while four teams ended the regular season sporting 30 victories or more.

The highest ranked team in the tournament is the Hawks and they are undoubtedly the odds on favorite to take the title. They certainly had flare en route to the state tournament which included senior leader Blaine Harpenau collecting a milestone of 500 career strikeouts. The Hawks are averaging nearly ten runs per contest which comes as no surprise given that they total over 70 extra base hits to go along with the strong defense. That very defense that includes just 26 earned runs given up on the mound and under 30 errors in the field. With Harpenau possibly taking the mound in the opener, it’s going to take all Grundy Center has and then some to capture a win. Compared to Remsen St. Mary’s making their 18th state tournament trip, it’ll be just the fourth trip for the Spartans who haven’t hit the big dance since 1993. Along with Harmenau’s .417 average, the Hawks have Xavier Gallas and his 33 RBI’s to help pave the way.

There is no doubt though, making it to the state tournament is a tough feat and Grundy Center is not a team to overlook. A team that has allowed just 47 walks on the mound while striking 104 walks at the plate. Junior Brayden Sawyer has been the Swiss Army knife for the Spartans, leading the way with 23 RBI offensively and 78 strikeouts on the mound. This is a team that’s scrappy and more than capable of pulling off the second upset of a number one seed in two years following Kingsly-Pierson’s accomplishment of the feat in 2020.

This is an intriguing matchup to say the least. New London may have just one loss, but their going up against a team with a steep history in state tournament play in Kee. The Kee Hawks was one of the two champions when high school ball first added classes (1A and 2A) back in 1973. Since then, they’ve rattled off 20 state tournament appearances including the one in 2021. Kee’s 283 strikeouts heading into Carroll has ranked fifth in the class. Junior Tyson Cota leads the team offensively with 47 RBI. He’s a player who can hurt a team in many ways which includes the base paths where he holds 20 successful stolen bases this season.

On the other hand, the Tigers of New London have shown plenty of strength this season with an average of 11.1 runs scored on average. Their 20 triples ranks first among Class 1A teams and fourth across all teams in the state. Hecniel Rodriguez leads the squad with 37 RBI but what makes things even more difficult for opposing pitching is the fact that four New London batters enter the tournament with 30 or more hits. There’s plenty of offense for the Tigers to make a run for their first ever state baseball title.

Not too many teams are hotter heading into the state tournament than the Falcons of St. Albert. Leading Class 1A with their 333 RBI, this is a team many have pegged for a state title run. Their 71 doubles and 557 total bases also lead the Class and prove why the Falcons have made their third state tournament appearance within the past four years. It does help when you have two players in DMACC commit Cy Patterson and Bismarck State commit Isaac Sherrill who reside top ten in total bases, RBI, doubles, and hits. Patterson’s 68 RBI leads 1A but it’s not all about the offense as the Falcons are averaging just 4.7 runs against defensively. Watch out for the team speed as well as 174 stolen bases is reason to worry if your on the other end.

On the other hand, Lisbon, coming into their ninth state tournament appearance (second since 2008), also have a few tricks up their sleeves. The Lions boast 298 total hits with a .432 on base percentage which helped them blow past Maquoketa Valley to arrive at Merchants Park. Junior Tyson Scott is the biggest offensive weapon for the Lions with a team-leading 38 RBI on 33 hits. That’s without mentioning hit leader Landon Stolte who also just so happens to sport 14 doubles, tied for eighth in the entire class. Where Lisbon might exploit an edge is on the mound where they outpace the Falcons in strikeouts 271-198 while allowing just 104 walks. Sophomore Hunter Clarke will more than likely help out that cause the most has he has all season with 79 strikeouts.

This will certainly be another close battle in 1A. The Pirates of Alburnett return for the second time in three years after meeting Newman Catholic in the 1A title game back in 2019. This is just their third trip to the big dance but seeing as though whenever they do make it, it’s always a splash, there’s nothing to count out here. Alburnett has the most team strikeouts (290) out of any team within the Class 1A tournament field. They’ve only allowed 31 stolen bases on the year which will be put to the test and then some as they go up against a Tri-Center squad ranked fourth in the class with 173 stolen bases. Offensively, for a team batting .343 collectively, they are going to rely on their depth and one of their biggest weapons in DMACC commit Reed Stallman. The senior has 54 hits and 56 RBI on the season and is one of four batters with 30 or more RBI. Battery mate Hunter Caves joins Stallman in the 50+ RBI club as well.

On the other side of things, the Trojans of Tri-Center walk in with just two losses which came against Underwood and 2A’s Kuemper Catholic. They haven’t tasted a state title since 1987 but they have recent state tournament experience that extended as recently as 2018. The big word surrounding this 2021 squad is offense. The Trojans average 12.1 runs scored and come into the tournament sporting 23 home runs and a class-best .429 team batting average. The Trojans are looking to power their way to the semi-final round for the first time since their title year back in ’87. Not only do they lead the class in extra-base hits (99), but those 173 stolen bases make it hard to plan against for opposing coaches.