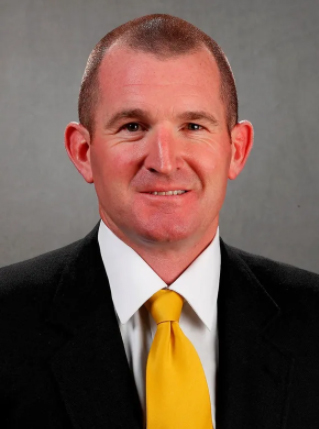 University of Iowa baseball associate head coach Marty Sutherland has been named to the Cascade High School Athletic Hall of Fame Class of 2022.

The five-person class includes Kerry (Greenwood) Winkel, Greg McDermott, Jim O’Meara, the late John Sullivan and Sutherland.  They will be inducted into the Hall of Fame on Oct. 8, 2022, coinciding with the high school’s Homecoming.

The Cascade High School Athletic Hall of Fame was formed by a committee of administrators, coaches, alumni, and supporters in 2019. The Hall of Fame inducted its first class in September of 2021. The 2022 class will be the first to recognize former CHS athletes, administrators, and contributors. Nominations for the Class of 2023 are being taken through the end of 2022. Nomination forms can be found at Cascade High School’s main office as well as through a link on the school website.

From the Cascade News Release:

Few Cascade athletes have defined what it means to be a “multi-sport star” like Marty Sutherland did in the mid-1990s. Sutherland is most known for his exploits on the baseball field, where he was a three-time All-State selection, including being the first Cascade player named to the Des Moines Register’s Elite All-State team in 1997.  During that season, he set a grand total of five school records, including the marks for hits, homeruns, and runs batted in. Four of those records still stand.

Sutherland was also a mainstay on the hardwood for the Cougars, starting for Hall of Fame coach Al Marshall all four years he was in high school. Sutherland helped lead the Cougar hoopsters to the State Tournament in 1998, claiming fourth place in Class 2A, which at the time was the program’s best-ever finish. He still holds the school record for career assists.

During his senior season at Cascade, Sutherland added the distinction of “four-sport athlete” to his resume. He played wide receiver, punter, and kicker for the Cougar football team in 1997, earning All-District honors at the latter position after going a perfect 8-8 on extra points and booting three field goals…including a game winner against Central City.

The following spring, he joined the track squad and helped the distance medley relay team qualify for the State meet.

Sutherland continued his baseball exploits in college, first at Kirkwood Community College, where he was a junior college All-Region selection. Continuing his career at the University of Northern Iowa, he helped lead the Panthers to the first NCAA Tournament berth in school history while earning All-Missouri Valley Conference and All-Region honors.

Sutherland has also enjoyed success as a collegiate baseball coach, first at Wartburg College, then at UNI, and now as the Associate Head Coach and Recruiting Coordinator for the University of Iowa. During his time in Iowa City, the Hawkeyes have averaged 30 wins per season, made two NCAA Tournament appearances, and won the first Big Ten Tournament championship in school history. This all comes on top of a successful semipro baseball career that saw him named to seven Telegraph-Herald All-Star Games while maintaining a career batting average north of .400. Sutherland was also inducted into the Dubuque County Baseball Hall of Fame in 2021.