RBI Frenzy Ready In Class 3A 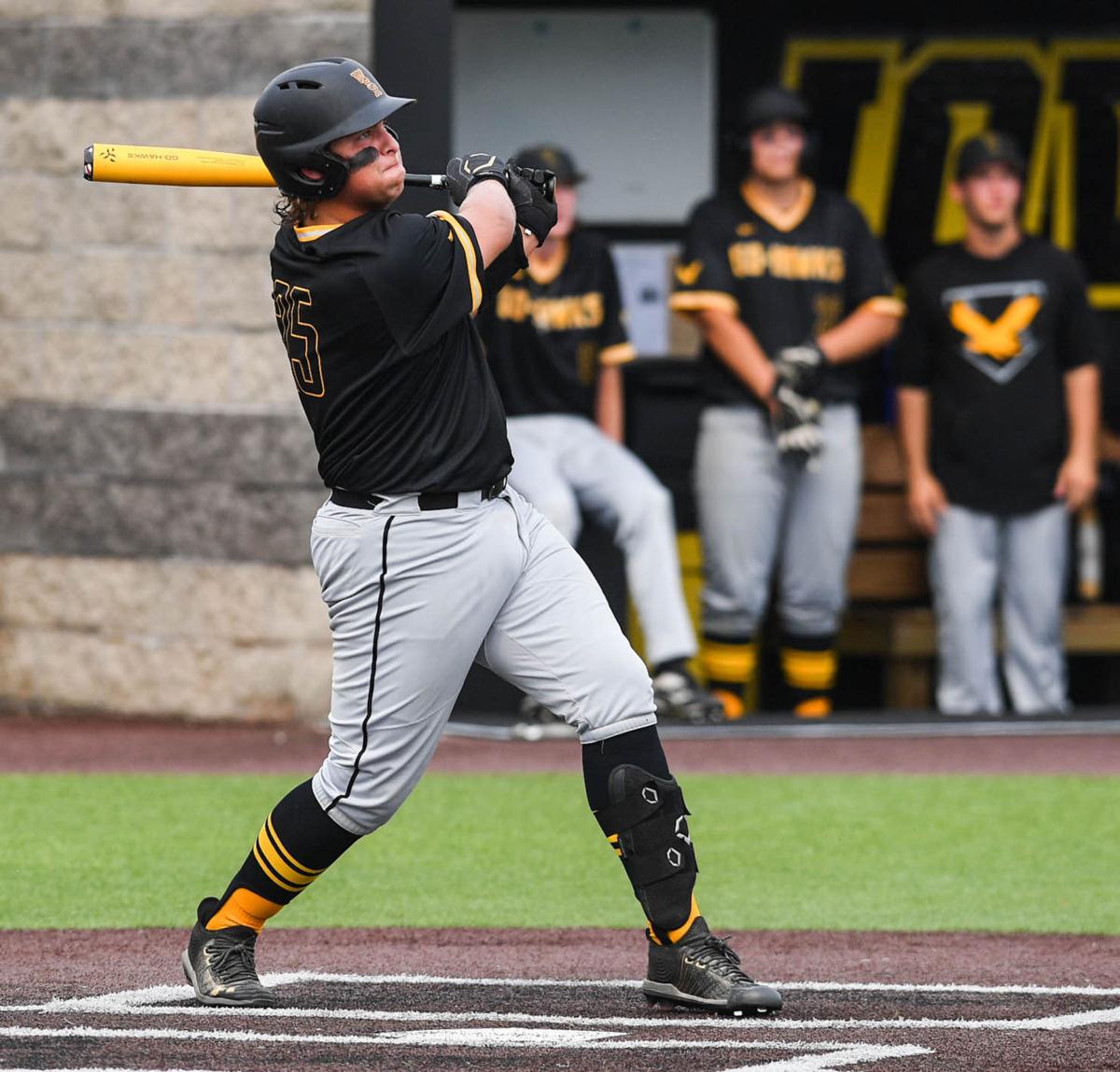 The long awaited return of high school baseball in Iowa is drawing ever closer and with it, comes some exciting baseball to be displayed. The full return to normal in 2021 was great and it has set up the 2022 campaign to be even more amazing.

When you talk about amazing, you can’t get much better than the offensive outlook for what you might find within the Class 3A sphere in 2022. For that, you’ll have to look no further than the RBI count. Last season was exactly what fans of Class 3A baseball where hoping for and more when it came to offensive production. Fans were treated to quite an offensive showing across all classes with each class having no less than an 220 RBI jump from the pre-pandemic 2019 campaign. From all of that, the Class 3A ranks rose the most in the run categories, especially RBI where they increased by 412 total RBI in 2021, a full 147 RBI ahead of the next highest class in 4A. Individually, only Class 1A had more 50-plus RBI hitters than Class 3A’s five. It was an offensive showcase for sure, and one that fans enjoyed. Despite how last season ended, it seems as though the 2022 campaign could take that even higher. Here are the returning RBI leaders from the 2021 season.

There’s no denying it, Solon’s Brett White was one of the top hitting freshmen across all four classes last season. He was the only freshman in the state to top 50 RBI and ranked third among freshman batters in slugging (.578). Alongside his rank as a freshman, White ranked 8th overall across the state of Iowa with his 56 total RBI. He was the most efficient freshman in terms of run production, averaging 2.4 RBI per at-bat across 2021. He ranked in the 90th percentile in both outfield and infield velocity by Perfect Game.

He may be known as a standout pitcher (95 K’s and a .215 opposing batting average), but DMACC commit Chance Key also brought the heat inside the batters box. His 54 RBI ranked him second among Class 3A batters as well as ranking third across all junior batters in the state. Key also ranked inside the top ten among juniors in the state with 54 total hits on the season. Key struck 22 extra-base hits while totaling 92 bases on the season. That pairs well with being ranked as the third-best left-handed pitcher according to Perfect Game. Key is currently ranked 31st overall in the 2022 class in Iowa and was a pivotal piece in Waverly-Shell Rock making the state tournament for the seventh time in program history.

Of the many reasons to be excited about Solon baseball for the 2022 season, the Tennessee Tech University baseball commit Kinnick Pusteoska is definitely one of them. It was another stellar season for the D1-bound star who ranked fifth in Class 3A with his 51 RBI, not to mention top-15 with his 76 total bases on the season. Pusteoska’s rated as the top first-basemen in the state according to Prep-Baseball-Report Iowa. He was one of the first round of 2022’s to commit collegiately sporting a max exit velocity at 90 mph allowing with a 69 mph bat speed. Along with his 42 total hits (21 of which went for extra bases), Pusteoska sported an average of .404 in a WaMaC-East Conference sporting four teams over .500 in record and the 2021 3A champs (Marion).

It’s no surprise to see one of the more notable freshmen from the 2021 season on the upper end of this list! Marion’s Myles Davis has been a force ever since he arrived on the high school scene. The University of Iowa commit couldn’t have asked for much better of an entry season into Iowa high school ball, sporting 48 RBI while leading the entire Class 3A scene in total bases (96) and total hits with 70, a full 22 hits ahead of the second most hits. Rated as the top 2024 shortstop in the state and 27th in the nation by Perfect Game, Davis has and will continue to be an absolute nightmare (.496 average) to all opposing pitchers

From the Class 3A title winning Marion Wolves, comes another outstanding hitter who was another important cog in the winning efforts last season. Kaden Frommelt, a strong talent that has drawn interest from college programs like Louisville, Notre Dame, Oregon, and even Vanderbilt, showcased just how important he can be for a team. Last year, along with his Class 3A sixth-best 48 RBI, Frommelt totaled 81 bases with a .393 average all together. The 5′-10″ righty struck out just 18 times while striking 44 hits with nearly half of those hits going for extra-bases. He paced the way for all sophomores within Class 3A with his 48 RBI and 81 total bases.

After a 28 RBI jump in production from the year prior, Decarah’s Keenan Tyler couldn’t help get put himself on the radar of many. Tyler has been the jack of many trades over recent seasons, playing basically every position possible. Through that process, he sported his 47 RBI marked the third-most among Class 3A juniors. That in turn, helped Decorah to their best overall record in over ten years. Tyler was pretty efficient, earning those 47 RBI on 46 total hits and 69 total bases. He also sported a .465 average across a season complete with four long balls and 15 total extra-base hits. Once he was on the base paths, Tyler was one of the better thieves in Class 3A, stealing 23 fo 25 attempts on the year.

Following Sergeant-Bluff Luton’s fifth state tournament appearance in 2020, new faces have had to step up and continue the ways of Warrior baseball. One person who did that perhaps better than anybody in 2021 was Northwestern College commit Aidan Sieperda. Sieperda’s 43 RBI across last season ranked 10th overall in Class 3A and fourth among all Class 3A juniors. Sieperda also ranked fourth among 3A juniors in walks with 28. His .362 average brought about 64 total bases on the year.

He may have been one of Class 3A’s top pitchers in 2021, but Xavier’s Alex Neal was also feared in the batters box as well. He hit .378 at the plate complete with 45 total hits and 67 total bases. The All-State pitcher showed even more at the plate where he struck for 15 extra-base hits on the season. He’s rated ninth overall in the state for 2022 graduates and there’s more than just the amazing arm for the Iowa Western CC commit. Neal walked 18 times overall and was arguably one of the biggest components that helped send the storied Saints baseball program to its eighth state tournament appearance.

Ranked a top-ten shortstop in his class, Assumption’s Roderick Tanamor had a strong sophomore campaign and ranked 13th last season across all of 3A with his 39 RBI last season. Tanamor posted a .352 average at the plate with 49 total bases as he helped the Knights pick up their 13th straight 25-plus win season. Tanamor struck for 38 hits and was issued free trips to first base on 21 separate accounts. He has sported an exit velocity max of 92 mph and fielding-wise has an infield velocity set in the 80 mph range.

There was a lot to like when it came to Fort Madison baseball across the 2021 season. The Bloodhounds produced their first 20-plus win season since the 2008 campaign. A big part of that came from the bat of Tate Johnson who’s junior season was his best of his high school career. Those 38 RBI ranked 17th among all 714 Class 3A hitters. Those 38 RBI came along with a .380 batting average and 63 total bases. The Bloodhounds had plenty of strong runs throughout the season including a nine game winning streak which helped parlay them into the top-10 team rankings list and through that run, Johnson had a hit in over half of those contests. Overall, Johnson will most likely be a name to watch once more come the start of the 2022 campaign.