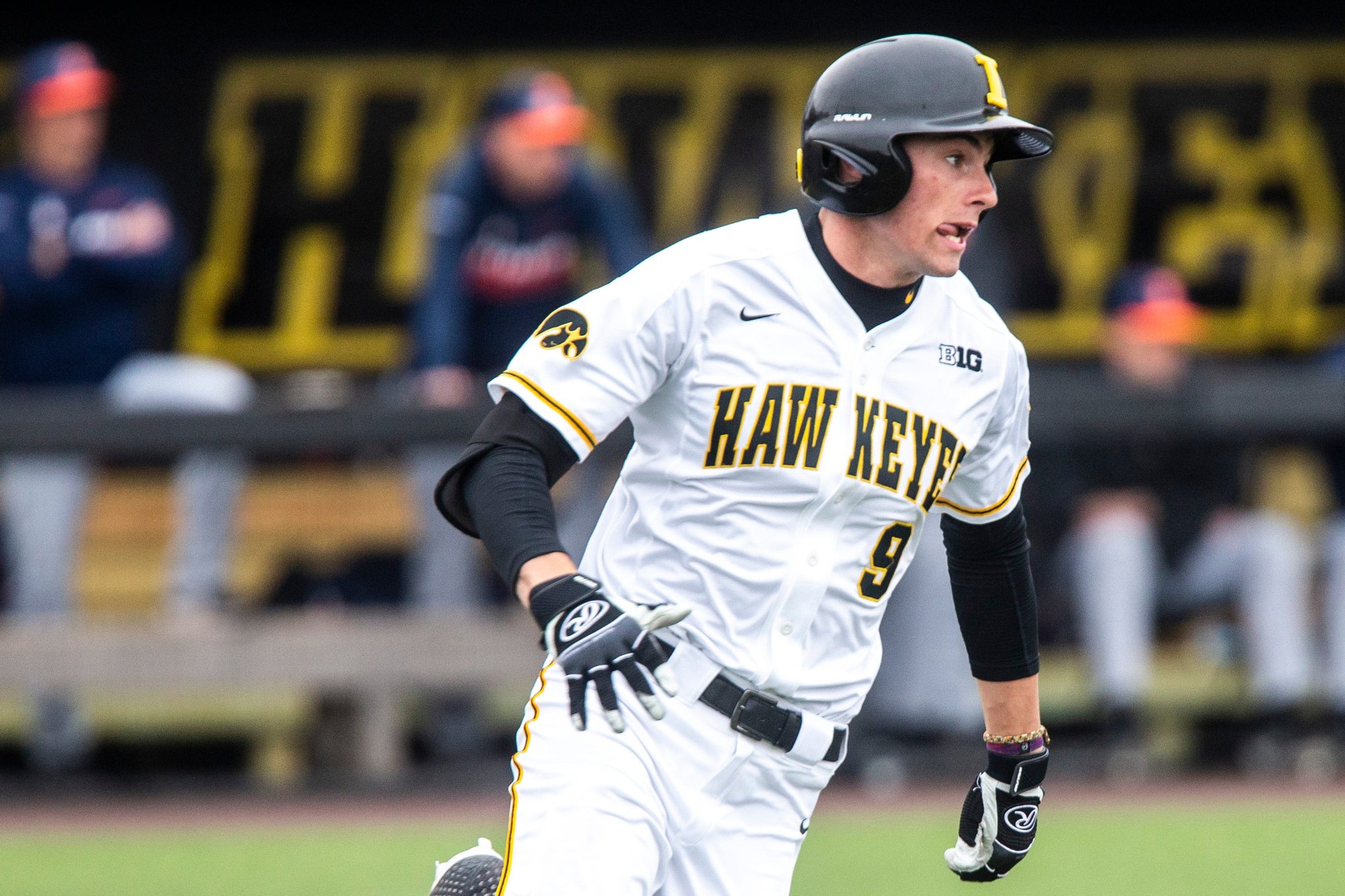 There are always milestones in the life of an athlete. Benchmarks hit en route to a successful career filled with joy and excitement. For one former University of Iowa baseball star, there was a BIG milestone checked off his list with plenty of excitement to go along with it. On Monday, former Hawkeye outfielder Ben Norman officially signed a professional contract with the Chicago White Sox organization.

This announcement comes on the heels of a stellar season for the left-handed bat. When the dust settled on the 2021 season he had led all BIG-10 batters in RBI (53) and triples. That added on to other impressive numbers including personal career highs in batting average (.306), home runs (10), doubles (14), not to mention an on-base percentage of .421 and 104 total bases.

“Ben has worked really hard the past few years and it has really showed,” said Iowa head coach Rick Heller prior to the 2021 season kicking off. “He’s definitely one of the guys you want in big situations at the plate, in the field, or in the dugout.”

With COVID-19 reeking havoc on the 2020 campaign, college athletes were granted a chance to come back for another season, one that Norman took full advantage of which proved to be great. Unfortunately, riding the strong season of 2021 did not immediately end in his name being called in the 2021 MLB first-year player draft. The draft was reduced to 20 rounds and unlike fellow Hawkeye alumni in Trenton Wallace (Toronto), and Drew Irvine (Pittsburgh), and even Jack Dreyer (signed with Dodgers organization), Norman’s name was not called.

That didn’t seem to deter the BIG Ten first-team selection (2021) as he went on to the well known Pioneer League, an independent league that while not directly associated with MLB, still has ties to the big show. Through that route, Norman found his way and did so after staggering numbers through 40 games played. That included a .356 average, a .418 OBP, not to mention a whopping 59 RBI and 110 total bases! Oh, and don’t forget a solid mark of 13 home runs as a member of the Great Falls Voyagers.

Following his five years with the Hawkeyes, the Des Moines Iowa native will now join 14 other former Hawkeyes in the professional ranks as he awaits his official assignment from the White Sox organization.