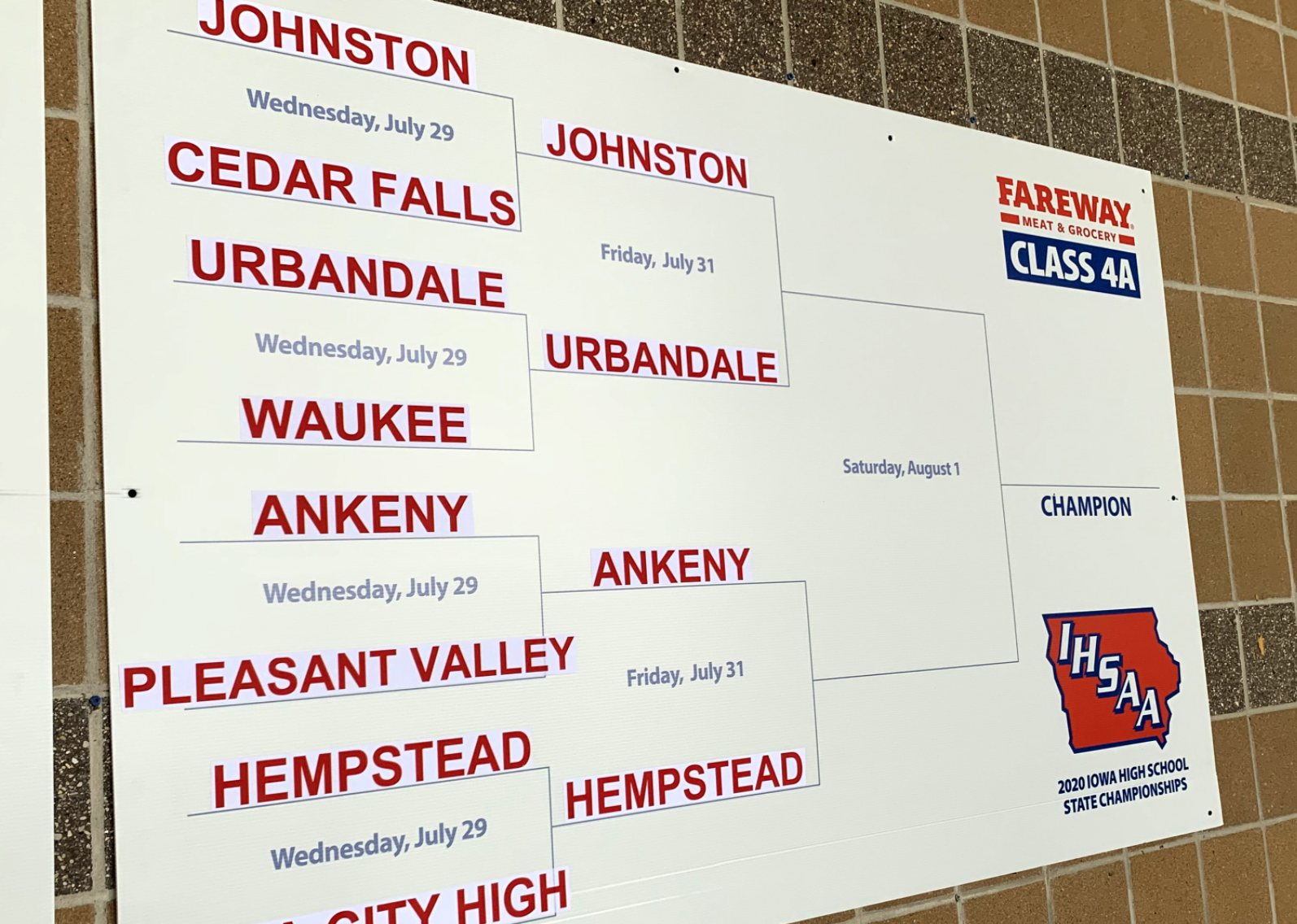 There were some scares and close calls in round one but the top four seeds all avoided upsets. #1 seed Johnston struggled to ever completely shut the door on Cedar Falls but continued to stay hot at the plate and came out 11-7 winners. Ankeny was able to hold off Pleasant Valley behind 16 strikeouts from Brody Brecht, and 2 runs was all Urbandale needed to take out Waukee behind a gem from Ty Langenberg. IC High almost pulled off one of the biggest upsets of the tournament but a dropped fly ball with 2 outs in the bottom of the 7 th helped #3 seed Hempstead keep their title hopes alive.

ANKENY VS DUBUQUE HEMPSTEAD
Ankeny has some options for who they give the ball to in this game. Bryce Rinderknecht, Weston Fulk and Samuel Andrews all have 4 or more starts this season and thanks to Brody Brecht giving them 6.1 in game 1, all are available for the Hawks. Hempstead will bring one of the best offenses in the state to the quarterfinals and look to continue to put up big numbers. Bauer, Brecht and Fulk have some of the best power numbers in the state at the top of Ankeny’s lineup and show no signs of slowing down, but the Mustangs haven’t lost a game in nearly a month – expect a close one.

JOHNSTON VS URBANDALE
There might not be 2 teams in the state more familiar with each other than these CIML foes. A rematch of last year’s title game, Johnston will try to keep the J-Hawks from entering their 3 rd straight title game. Urbandale will likely lean on Junior Tucker Langenberg to shut down Johnston’s high powered offense and have to feel good about their bullpen situation after only throwing 1 pitcher in the opener. Drew Dykstra has been unhittable out of the bullpen this year-expect to see him in the late innings. Jacob Dreager looks like the guy for the Dragons and will enter the contest having allowed only 2 earned runs all season. Michael Barta’s squad has some big bats at the top of their lineup and are averaging 9 runs/game this postseason, if Urbandale plans on continuing their hot streak at Principal Park they will have to find a way to stop any crooked numbers.