Flying High For More – A Look Into The Great Skyler Moss 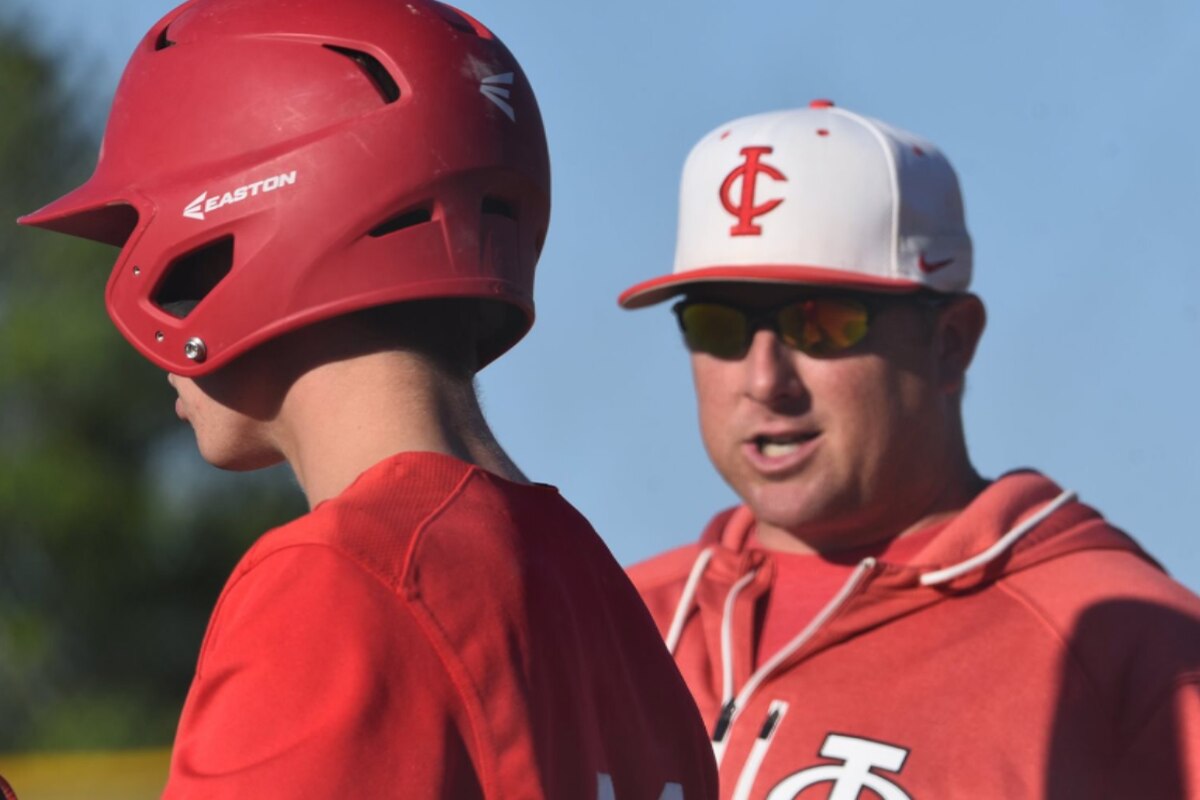 It’s the start of the 2022 Class 4A state tournament and there’s a lot in the atmosphere at Duane Banks Field. There’s electricity, excitement, and much more as the last eight remaining teams in 4A battle for a state title.

They will be playing for someone who has meant so much to not just the baseball program, but the Iowa City High community as a whole.

“He was the kind of guy who had a great sense of humor, made you laugh yet kept you pushed you to get better every day,” said Iowa City High head coach Brian Mitchell. “He also knew the game well and really took pride in the fact that he knew how hitters operated and worked.”

Moss, at the time of his passing, was a member of the Iowa City High baseball coaching staff, a place where he was once on the other side of the tape. Moss grew up in Iowa City and went to City High back in his high school days. His talent was very noticeable and hard to not see, as evident by his .526 batting average across his junior year, setting a school record.

It was a strong career that ended up starting more than just a baseball life, but various friendships along the way. One such individual who remained strong friends with Moss up until his passing, was teammate and former professional ball player Zach Hammes. In Moss’s farewell season at City High (2005), Hammes was a freshman. To this day Hammes remembers the early years of what was a strong friendship with an amazing person.

“There was never someone who didn’t end up liking Skyler,” said Hammes. “We were both on CABA teams in Iowa City and we got to know each other initially through that. We then did things through school but we only had one year playing together. It was still a great season and Skyler had a lot to do with that.”

Hammes himself went on to be drafted right out of high school by the Los Angeles Dodgers in the second round and went 11 years in professional ball. Even as Moss went on to play for the University of Iowa, both individuals found a way catch up, especially after Hammes moved back to Iowa City.

“When I would come back Skyler and I almost always caught up,” said Hammes. “He was always willing to play cards or just hang out. When I moved back we ended up playing golf a lot and he was always such a positive guy to be around.”

For Moss, positivity was a cornerstone and one he had to use to the max on several occasions. In 2010, Moss was diagnosed with testicular cancer. That positive mindset helped him beat cancer and he was cancer free for the next five years. Following his collegiate days, Moss worked at North Dodge Athletic club and in 2012 Moss made his way back to his alma mater as an assistant coach for the baseball team as well as helping out the football team.

“Skyler was always about giving back and he always selfishly stepped up to help out others,” began Mitchell. “He basically helped us out for around 10 years and there wasn’t a day he wasn’t helping out others on the diamond. He ended up with so many ties to individuals outside of Iowa City, that’s one of the many things that made him so special.”

Skylar continually made an impact throughout his life and that included from his high school days all the way to his coaching days.

“Skyler played at City High at a point where was some really good teams,” said Mitchell. “He used his experience at the high school and collegiate level to help out kids in our program which highlighted exactly the great type of person he was.”

Moss went on to coach with Iowa City High for several years more all the while making new memories with individuals who had been friends with him for a few years or his lifetime.

“I knew Skyler since we were seven years old and back then all the way until he passed, he was such a welcoming guy who just brought out the best of you,” said former City High and University of Iowa teammate Matt Wooldrik. “He was one of the best on our team (Iowa City High) at the time and when I got the chance to play with my best friend at Iowa, it was like a dream come true.”

Wooldrik competed with Skyler through three of his years at Iowa City High and then onto the collegiate ranks at Iowa. Wooldrik ended up with a solid year himself and capped off his time with a .323 average during his farewell season. Wooldrik later went on to coach with Moss and both are very familiar with the current group of seniors.

“Skyler and I coached a lot of good classes and this senior group is certainly one of them,” said Wooldrik. “We had them when they were younger and back then as well, he was always so welcoming and really helped the kids excel in multiple ways, that was just the kind of guy he was.”

A successful coach, husband, business manager, and real estate agent peppered the many great things about Skyler over the years. Many would say he gave back more than he received, especially on the baseball diamond. Unfortunately for Moss, in the summer of 2020 what he received wasn’t on the positive side. In fact, it was quite the opposite as he was diagnosed with lung cancer. It was a tough blow for such a good person. But, true to his nature, Skyler didn’t let it get him down, and continued to fight hard all the way to the end.

“Skyler always had such a great approach to sports, to life,” started Hammes. “He was always a glass half full guy and he had such perseverance and positivity every day, even through tough times. I remember being out on the golf course and he started coughing a lot, thinking he inhaled something. He ended up just shaking it off and played great against me right handed, even though he did everything else left handed.”

The world can be perplexing at times, and with the loss of Skyler it makes it even more so. Such a positive spirit, genuinely good and always ready to help, shot down way too early. His story does have an overall happy note as not one voice has stepped up with negativity against Skyler. He made friends with just about everyone around him and truly highlighted the best that humanity has to offer. Skyler was loyal to many causes, all while putting himself second and others (sometimes even strangers) ahead of himself.

It’s a tale that we can all look back on and should try to replicate. Such an approach to not just sports, but to life is something that we don’t see nearly as much as we should. Skyler Moss helped to teach (or reteach) us all to make the most out of life, you get back what you put in, and never ever give up.

We will all miss you Skyler, thanks for gracing our lives both on and off the field.