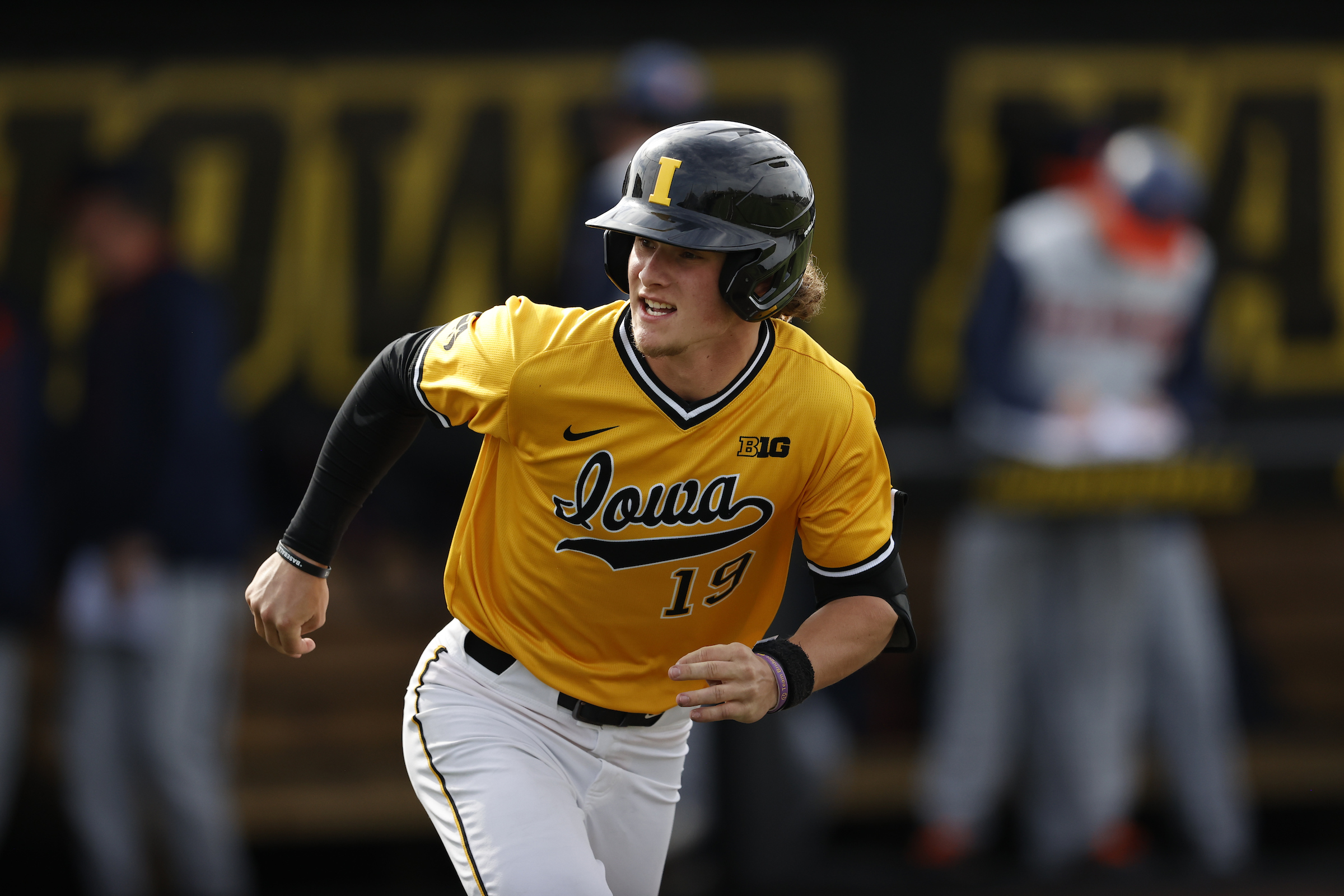 The University of Iowa baseball team scored a season-high 16 runs on a season-high 18 hits and nine Hawkeye hurlers limited Milwaukee to two hits in a 16-2 victory on Tuesday afternoon at Franklin Field.

Iowa stormed out to a 6-0 lead in the first and poured it on with an eight-run sixth to improve to 17-12 overall heading into this weekend’s Big Ten series against Minnesota.

“It was nice to get a lead early, they gave us some free bases and on this night we made them pay,” said head coach Rick Heller. “We had some big hits with runners in scoring position and gave ourselves a cushion and our pitchers did a good job.  It was a good team effort and a bounce back after a tough Sunday.”

The Hawkeyes sent 11 batters to the plate in the first inning as Iowa roughed up Milwaukee starter Logan Schulfer.  Iowa loaded the bases in the first with one out before freshman Sam Petersen’s ground-rule double plated the first two runs.

With the score 3-0, Iowa loaded the bases a second time and redshirt junior Ben Tallman’s two-run double to left center made it 5-0.  The Hawkeyes’ final run scored on Michael Seegers’ bases-loaded walk.

Leading 7-2 through four, Iowa put up an eight spot in the sixth on six hits.  Freshman Ben Wilmes had a two-run single, Seegers had an RBI single and redshirt sophomore Keaton Anthony delivered the big blow, connecting on a three-run homer to left field.

Redshirt sophomore Will Mulflur was the 12th batter to step up to the plate in the inning and he ripped a two-run double to center field, making the score 15-2.  Iowa’s final run came in the ninth when senior Brett McCleary connected on a solo home run to left center.

Six different Hawkeyes posted multi-hit games, including three-hit contests from Peyton Williams (3-for-6) and Will Mulflur (3-for-4, 2 RBIs).  Seegers, Izaya Fullard, Petersen and Kyle Huckstorf all had two hits.  It was Fullard’s fourth straight two-hit game.

Eight of Iowa’s nine pitchers put up scoreless innings and Milwaukee didn’t get its first hit until the sixth inning.  Connor Schultz (1-0) earned the win after pitching a perfect first and redshirt sophomore Benjamin DeTaeye struck out four in two innings of work.

This was Iowa’s third two-hitter of the season and fourth game allowing two or fewer hits.