Mazur Dazzles as Hawkeyes Down Gophers In Series Opener 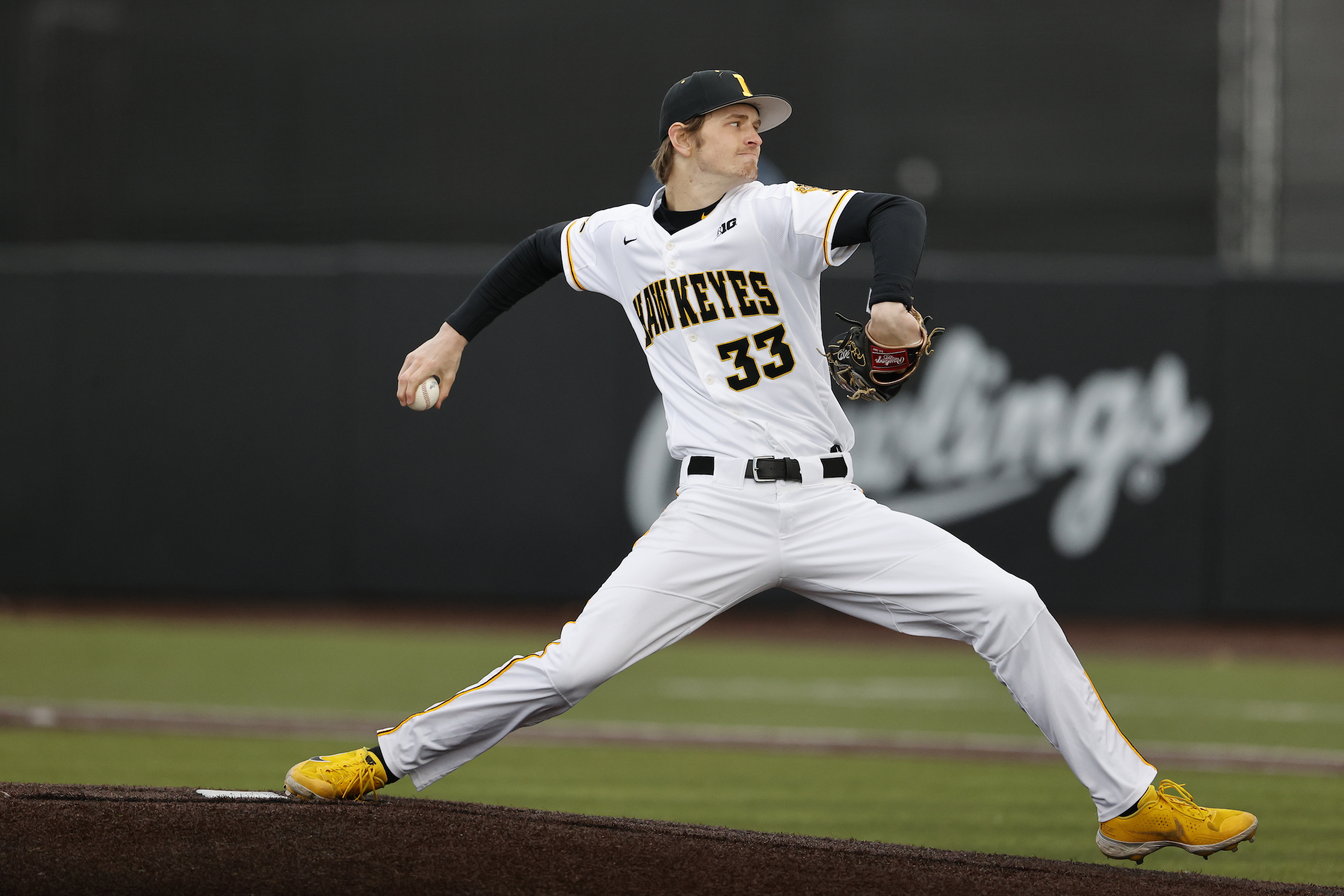 Redshirt sophomore Adam Mazur struck out a season-high 11 batters over eight inning and the bash brothers – Keaton Anthony and Peyton Williams – both homered, leading the University of Iowa baseball team to a 9-3 series-opening win over Minnesota on Friday night at Duane Banks Field.

Mazur gave up two unearned runs in the first innings on a pair of Hawkeye errors, but the right-hander dealt from there on. The Woodbury, Minnesota, native retired 21 of the next 24 batters he faced. He allowed three runs (one earned) on six hits and didn’t walk a batter to improve to 3-2.  Iowa moves to 18-12 — a season-high six games over .500 — and 4-3 in Big Ten play.

“I felt good today. I wanted to go out and compete and fill the zone and I was able to do that,” said Mazur, who tied a career-high, going eight innings. “I had a lot of great defense behind me backing me up, that made it a lot easier.”

Minnesota’s 2-0 lead was short-lived as Iowa tied the score at two in the bottom of the first. After Williams reached on a hit-by-pitch, Anthony belted a two-run homer down the left field line to tie the game.

Iowa took the lead for good in the second, scoring four runs on three hits and one Gopher error. Redshirt sophomore Ben Tallman drove in the first run, two runs scored when Minnesota’s Boston Merila dropped a fly ball in left field and Williams’ RBI single made it 6-2.

After Minnesota scored its second run on a double and Brady Counsell single in the sixth, Williams had an answer. The first baseman connected on his eighth home run, punishing a breaking ball for a solo shot down the right field line that was 104 mph off the bat.

Tallman and Ben Wilmes singled to start the eighth before Williams’ one-out sacrifice fly made it 8-3. Anthony followed with an RBI double to center for his third hit and third RBI of the day.

“Mazur was outstanding, he was absolutely dominant,” began coach Heller. “We let him down defensively in the first inning, otherwise he gets out of that without giving up a run. He was sharp tonight and dialed in and maintained his velocity. If he wasn’t going on a day’s less rest and needing to be sharp next week, we would have let him go back out.”

Iowa now improves its record to 18-12 overall with a 4-3 mark inside conference play. Minnesota still leads the All-Time series 185-123. Next up will be the Saturday rendition with first pitch between the Hawkeyes and the Gophers set for 2:05 pm. It’s Have A Catch Saturday.