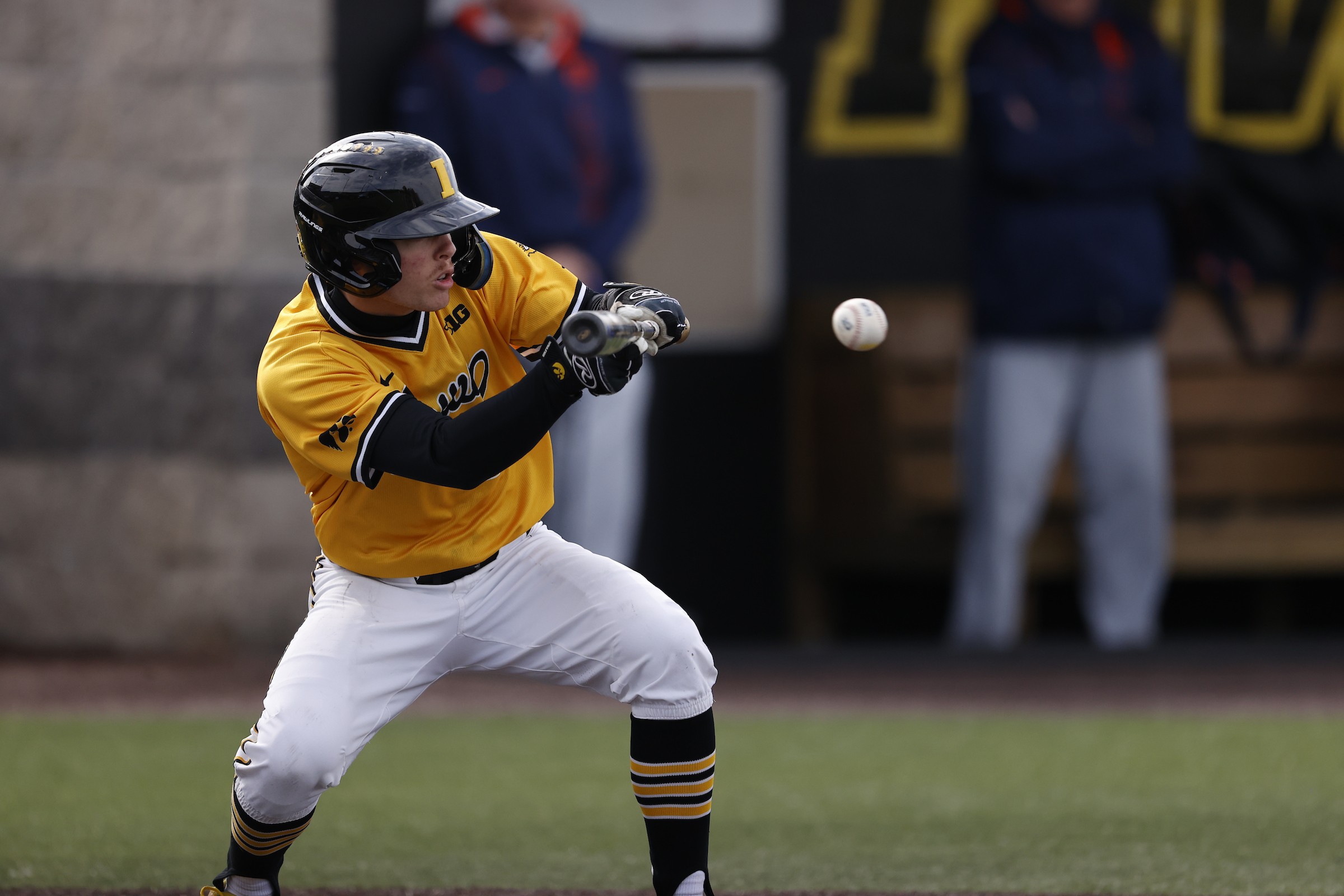 Despite a valiant effort in their Big Ten home opener, the Iowa Hawkeye baseball team and Hellerball fell short in the series finale against Illinois Sunday. A bullpen snafu and an Illinois late game surge forced the Hawkeyes to lose the overall series by a 9-5 final from Duane Banks Field.

Another similar conversation about free passes unfortunately creeped in once again for Iowa as the Hawkeye pitching staff has allowed 15 runs from the seventh inning on over the past four contests. Despite the nine strikeouts posted by Iowa across the series finale, it was nearly dwarfed by the seven walks, six of which came in the sixth inning or later. Five times throughout the conference battle did Iowa pitching allow an Illinois runner on third with less than two outs.

All told, the Iowa offense struck eight hits on the day while fairly efficient with two out hitting (.333). The team overall even touched up .556 from leadoff batters throughout the contest, not to mention totaling a trio of extra-base hits for the day. Really, the only negative when it came to the offense was that it went 3-for-11 with runners in scoring position.

Despite how the game ended, it started off with a blast…or two. Ben Tallman and Peyton Williams collected their second and seventh home runs of the season respectively to give Iowa the 2-0 lead following three innings of work. The score would remain that way until the 6th inning when Illinois posted a three spot to take the lead, 3-2. The next inning, Iowa would answer an Illinois solo homer with an RBI ground out an Keaton Anthony’s team-leading 15th double of the season for a 4-4 tie. From there however, things would go sour for Iowa as four walks, one hit, and one hit batsmen would propel the visiting team to a five run ninth which Iowa was unable to answer. That ultimately dropped Iowa to a 16-12 record with a 3-3 mark inside Big Ten Conference play.

“Today was exactly what I thought it was going to be, a hard fought game,” said Iowa head coach Rick Heller. “How we fought back and tied it, it looked like one of those days we’d have a chance to win it in the bottom of the ninth. Unfortunately, we took a step back with our bullpen and it wasn’t very good, not much else to say.”

Next up for Iowa will be a trip to Franklin Wisconsin to battle Milwaukee on Tuesday, April 12 with a 4 pm first pitch. Following that, Iowa will come back to Duane Banks Field on Friday to begin a three game slate against Minnesota. First pitch for the Friday night contest is set for 7:02 pm.