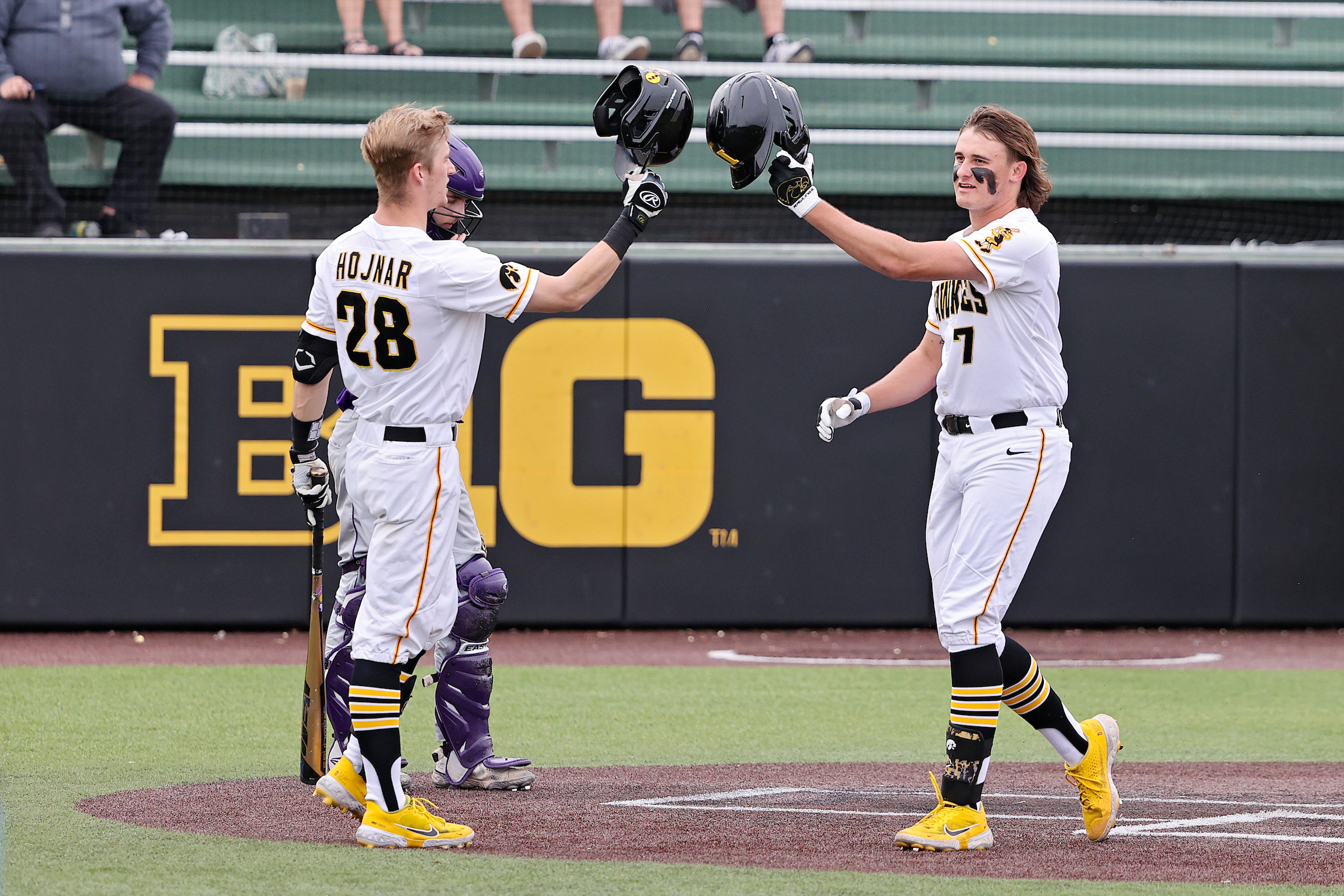 After dropping game two of the three game series, the Iowa Hawkeye baseball team stormed back in the rubber match to take the series against Michigan in Ann Arbor Sunday afternoon. It was the BIG Ten series opener for the Hawkeyes and they made their presence felt for sure against the highest rated RPI team on their schedule in the Wolverines (35th). Sunday, that cultivated in a 10-3 route where the Hawkeyes collected 14 hits, seven of which were extra-base hits.

It truly was another solid offensive outing for the Hawkeyes who have now totaled 18 runs off of 32 total hits for the series. In Sunday’s battle, seven Iowa batters totaled at least one hit with five Hawkeyes compiling multi-hit contests. That included Peyton Williams who picked up his eighth multi-hit contest in a 3-for-5 contest with one RBI as well as rising star Keaton Anthony with his team-leading ninth multi-hit game in a 3-for-5 with four RBI. Anthony’s big day included blasting a three-run shot in the sixth inning which was one of two home runs struck by the Hawkeyes. The other came from Ballard High School native Sam Petersen who went yard on an empty count in the third inning of play. All that led Iowa to produce their highest hit total in a single game this season.

As for the pitching side of things, it was a stellar outing on the mound as well for the Hawkeyes. Iowa hurlers limited the Wolverines to three runs on seven hits on Sunday, making the total to be seven runs on just 15 total hist for the entire series. That’s limiting Michigan to a mere .163 at the plate while dishing out 32 combined strikeouts as a pitching staff. Twenty-two of those K’s came from the starting three who delivered on quite the weekend. Adam Mazur, Dylan Nedved, and Ty Langenberg all went at least five innings with Nedved and Mazur going seven innings.

For Sunday’s battle, it was Langenberg who kicked things off on the mound and what a job he did. Sporting 5.2 innings of work, the sophomore stud posted 11 strikeouts, bringing his grand total to 30 K’s through four starts so far this season.

As for the scoring efforts on the Sunday battle, the beginning of the offensive bombardment began in the very first inning when Williams scorched a 2-2 count for the first run of the game. Iowa would later add on to that mark in the third inning as Petersen took a 0-0 count for a ride with his third home run of the season, giving the Hawkeyes an early 2-0 advantage. Iowa later doubled their lead in the fourth inning as Kyle Huckstorf poked a 1-0 count for the team’s sixth triple of the season along with a Ben Tallman single. That marked Huckstorf’s 12th RBI of the season and Tallman’s fourth which he would later add to later in the game. Anthony’s first of four RBI came off of his 2-2 homer in the sixth inning which yet again, added to the Hawkeye lead while the Wolverines were without a run themselves, now 7-0. The first time Michigan hit the scoreboard was in the eighth inning where they scored all three of their runs. By that time however, two RBI walks and an Anthony Fielders Choice turned run had given the Hawkeyes a healthy 10-3 lead.

Iowa would go on to hold the Wolverines scoreless in the final frame, giving the Hawkeyes their first road series win in Ann Arbor since 2015.

With the series victory for the Hawkeyes, they start Big Ten play with a 2-1 mark while driving their overall record up to 14-10. Next up for Iowa will be a mid-week road trip to Peoria Illinois where the Hawkeyes will battle Bradley on Wednesday before arriving back at Duane Banks Field starting on Friday, April 8 as they take on Illinois. Iowa is 3-1 against Bradley with the lone loss coming in 2019. First pitch for Iowa’s battle against Bradley will be at 6 pm and you can catch it on the Hawkeye Radio Network or BTN plus.