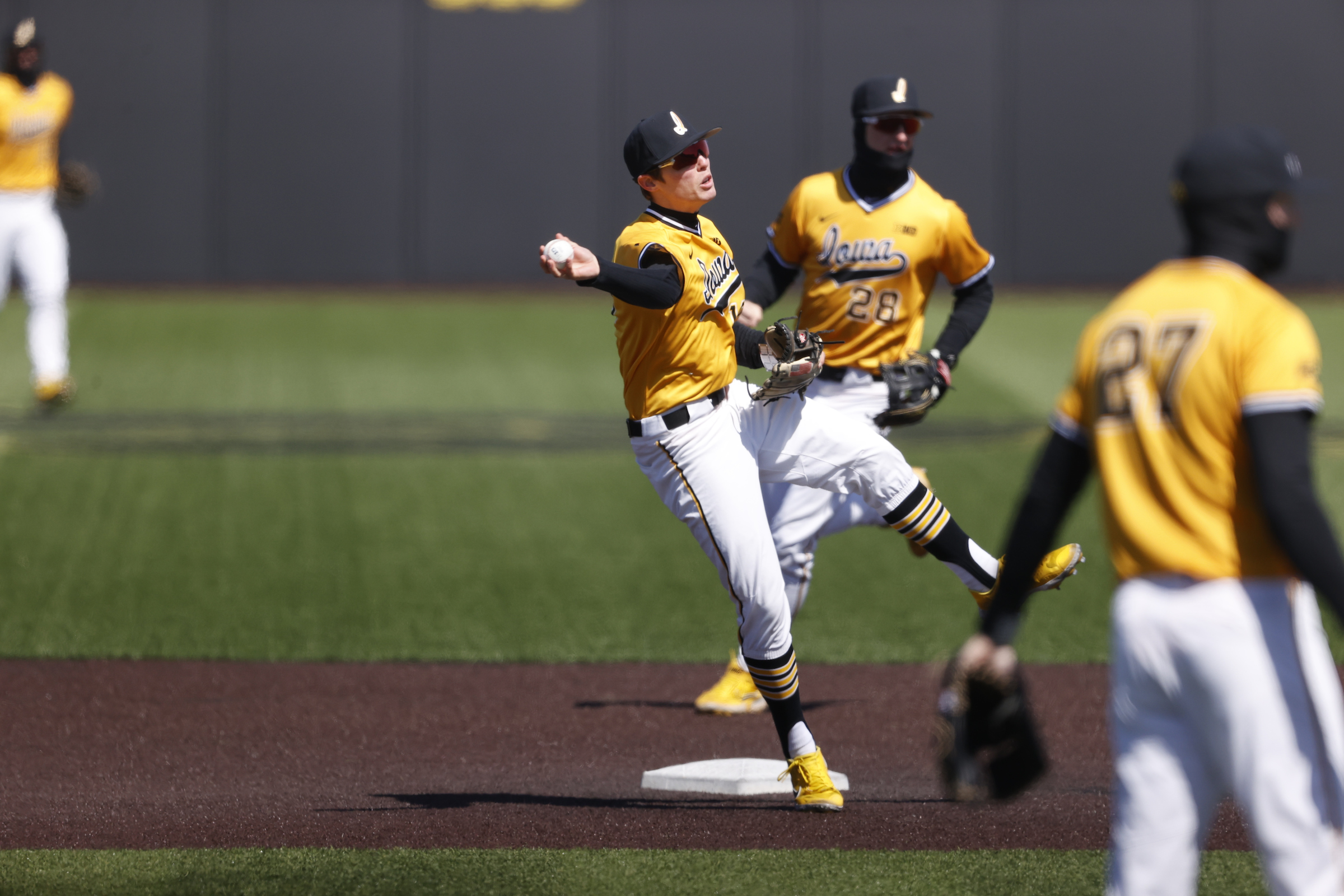 “That’s a good team, winning two out of three is good,” said Petersen. “Winning the series against a team picked to win their league is a good. It will look good late in the season.”

After giving up a 2-1 lead in the top of the eighth, the Hawkeyes stormed back in the eighth with a one-out rally. Sophomore Andy Nelson reached on a bunt single before redshirt sophomore Kyle Huckstorf singled through the left side to put two runners on.

After Nelson moved up a base on a wild pitch and Huckstorf stole second, Petersen delivered with two outs, lacing an 0-2 pitch to left center to give the Hawkeyes the 4-2 lead.

“Two strikes, I am always a hitter that likes to sit fast ball, but with two strikes you have to be ready to hit everything,” said Petersen. “He gave me a fastball up in the zone that I was able to stay on top of and hit a line drive.”

Iowa led 2-1 through seven innings before Central Michigan rallied. Two hit by pitches and a walk loaded the bases with one out. Chippewa leadoff hitter Mario Camilletti then drew a walk to force in a run, tying the game at two, but Llewellyn buckled down, getting a pop out and fly out to leave the bases loaded.

Central Michigan jumped out to a 1-0 lead in the second on a Nick Dardas RBI double before Iowa tied the game in the bottom half on a Petersen bases loaded walk. The Hawkeyes took the lead in the third on Peyton Williams solo home run to right field – his fifth blast of the season.

Sophomore Ty Langenberg went four innings, allowing one run on five hits and fanned seven in the start before turning it over to the bullpen. Iowa’s relievers – Duncan Davitt, Ben Beutel, Casey Day, Llewellyn and Henderson combined to allow one run (on zero hits) and fanned seven over the final five frames.

Beutel entered in a high leverage situation with two on and nobody out in the seventh. He got out of it unscathed, getting two strikeouts and a ground out to end the inning. The Hawkeyes now sit with a record of 12-9 with their final non-conference series of the season wrapping up.

“After the day we had yesterday, the important part was us showing up and fighting today and giving good effort and wiping how bad yesterday was away,” began head coach Rick Heller. “The fight was there and there was no giving up.” It was kind of winning ugly, but we’ll take it today. We’ll be happy that we survived as many free bases and walks that we gave in the last three innings of the game.”

Next up for the Hawkeyes will be another non-conference battle as they take on Illinois State in Normal (Ill.) on Tuesday. Last time these two teams faced off, it was Illinois State to take the win in an 11-6 battle.