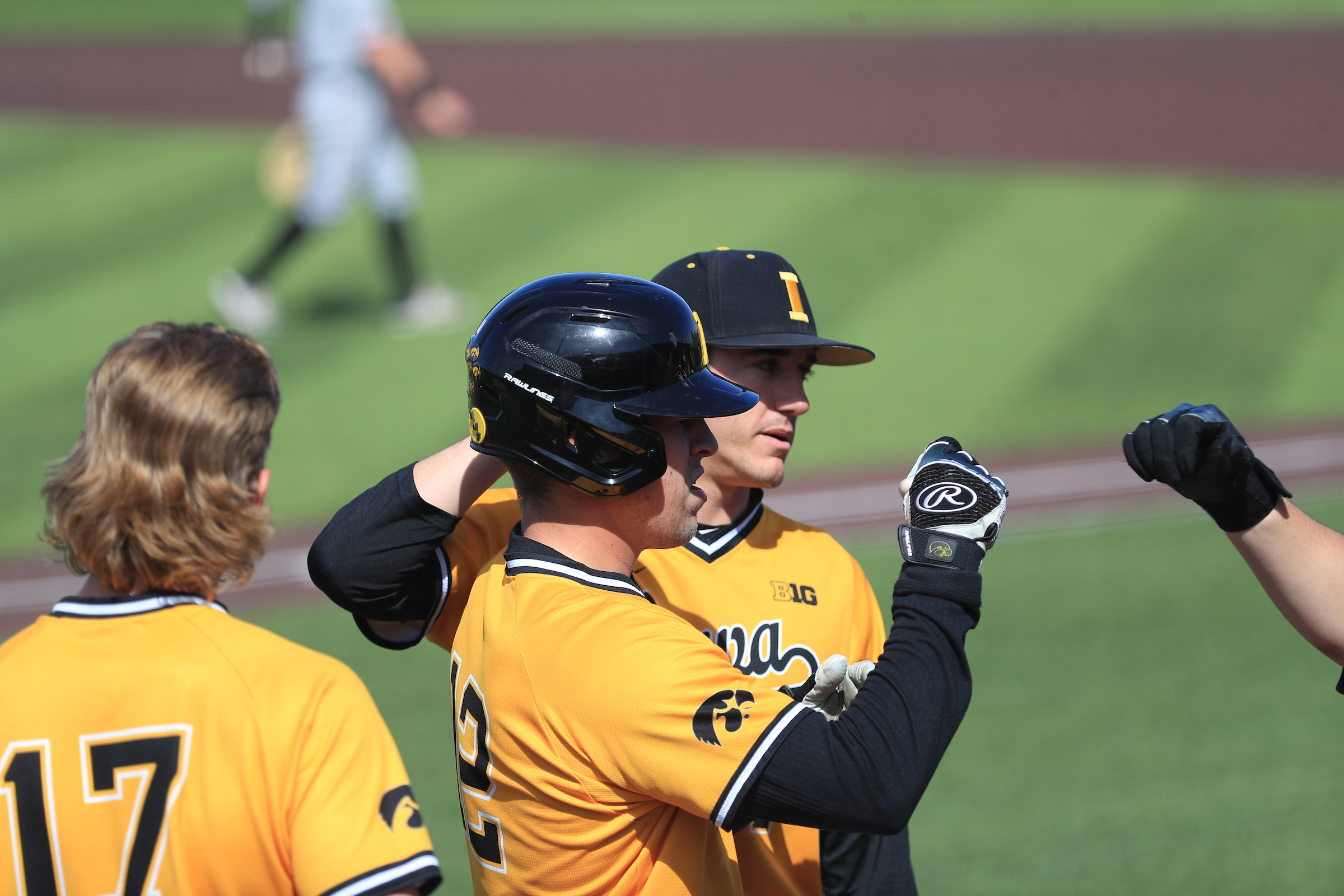 It seemed like it was back to normal form for the University of Iowa baseball team as they downed 12th-ranked Texas Tech by a 6-3 final Sunday afternoon. Fans within the confines of Duane Banks Field had plenty to cheer about as Iowa pretty much flipped the script from Saturdays defeat.

The biggest difference had to do with the lack of mistakes compared to the series opener. The most glaring instance of this came on the mound where the Hawkeye pitching staff reduced their walk total from seven on Saturday to a mere two on Sunday, none of which came around to score. Aside from Ty Coleman’s second inning blast and an eighth inning shot by All-American Jace Jung (third of the season), Iowa pretty much shut down the Red Raiders to the tune of a mere four hits.

The pitching staff got one heck of a boost from right-hander and Urbandale native Ty Langenberg who posted a career high ten strikeouts on the day. It was like destiny as the sophomore struck out five through just two innings, and had nine strikeouts by the end of the fourth inning of action. Langenberg allowed just one extra-base hit on the day with just one earned run and three hits total through 91 pitches. The other half of the two-pitcher performance for the Hawkeyes was back-end extraordinaire Dylan Dedved who went the distance over the next four innings, setting down seven via strikeout. Through his 78 pitches thrown, he too allowed just one earned run. That great tandem work stifled the Red Raider lineup to just their second game all season with under five hits in the game. In the end, the Hawkeye hurlers seemed to have the edge, despite having pitched 26 more pitches throughout the game.

Offensively, the Hawks were the ones taking advantage of opportunities with five separate hitters posting a hit including a pair of multi-RBI games. Those came from sophomores Michael Seegers and Andy Nelson. Both of Iowa’s extra-base hits came from Seegers and Nelson, both coming in the sixth inning. It wasn’t doubles leader Keaton Anthony to capture the double (although he did capture a hit for the 15th game this season) but instead Seeger who was followed up by Nelson’s two run moon-shot. All that helped lead to the decisive four run sixth inning that helped propel the Hawkeyes to the victory.

Iowa picked up it’s first run of the game to tie the contest at 1-1 via Seegers’ first RBI in the third inning of action. The four-run sixth for Iowa gave the Hawkeyes a 5-1 lead into the seventh before volleying Tech’s two-run eighth with a one-run ninth for the 6-3 final. Overall the Hawkeyes did farely well with runners on third, going 2-for-2 with runners on third and less than two out. They went 7-for-11 in advancement opportunities and struck out looking just three times across the contest. The Hawkeyes are now 107-35 at Duane Banks Field since the 2015 season.

The win bumps their record to 9-8 as they get ready to take on the rescheduled battle with St. Thomas on Monday (4:05 first pitch) followed by a Wednesday battle with in-state opponent Grand View (4:05 pm first pitch) before hosting Central Michigan for a three-game series starting on March 25th.