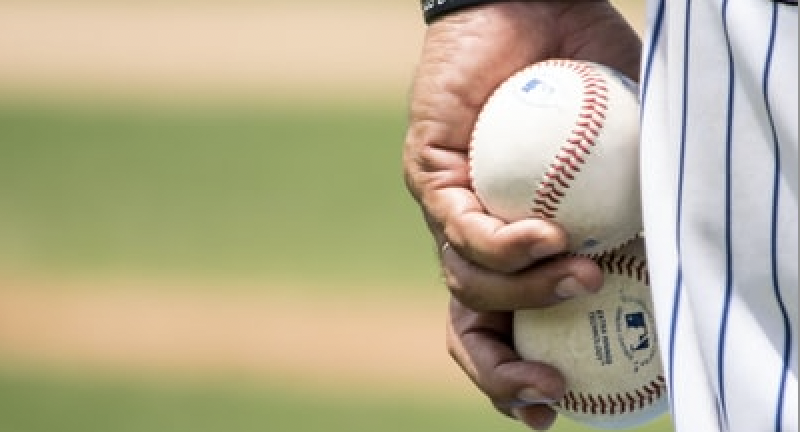 From the fluctuating seasons in Iowa, now destined for warmer and dryer climate, Dubuque Hempstead’s very own Solen Munson has committed his future baseball talents to Arizona State University baseball. Munson made the official announcement via social media on November 14th after letting the Sun Devils and first year head coach Willie Bloomquist the Sunday prior.

Now with his commitment to Arizona, Munson becomes the fourth 2023 prospect in Iowa to make a collegiate commitment (no surprise, the other three are D1 commitments as well). It also brings some family ties into the mix as father Eric Munson, who enjoyed an 11-year professional career. The only thing is, while Solen will reside in the same conference his father played in (PAC-12), it will be for a rival. Eric Munson enjoyed a solid collegiate career at the University of Southern California (USC) where he helped lead the Trojans to a 1998 NCAA Division 1 championship. Ironically enough, that came against Arizona State in a whopping 21-14 contest. From there, Eric Munson went on to have a solid professional career where he totaled nine MLB seasons and racked up 226 hits, 147 RBI, and 49 home runs.

Solen will join the future Arizona State baseball ranks with arguably one of the more successful Sun Devil alumni in program history with Bloomquist. With a MLB playing career spanning 14 seasons, Willie Bloomquist has gained a lot of experience and will seek to use that to help the Sun Devils capture their 22nd conference title and first since the 2010 campaign.

The addition of Solen Munson will surely help that. Munson has routinely sported impressive numbers including a pop-time of 2.08-2.13 behind the plate, not to mention an outfield (throwing) velocity topping out at 86 mph. With the bat he’s been impressive as well, sporting 15 RBI and 30 total bases across 14 hits across his sophomore high school campaign in 2021. Playing a plethora of positions for Hempstead (outfield, catcher, DH), he also helped to make it back-to-back state tournaments for the Mustangs. He was also invited to play in the Prep Baseball Report Future Games this past summer in Georgia, but declined due to the fact that Hempstead went to their 14th state tournament in program history. Munson did however get to play in the Perfect Game Underclassmen All-American Games in San Diego where he was helped to be named one of the top 130 players from across the country in the 2023 class.

It’s an exciting time no doubt for Munson, but it also represents just how much talent Dubuque has for baseball. This signing season alone, Dubuque has produced three other D1-bound players in Wahlert’s Aaron Savory (Iowa) and Tommy Specht (Kentucky), along with fellow Mustang teammate Kellen Strohmeyer (Iowa). That’s without including fellow Dubuque area talent Ian Moller who signed a professional contract after being drafted by the Texas Rangers organization in the MLB Draft. Also, there’s Western Dubuque product Calvin Harris looking to enter his second full season at the University of Mississippi.

A big congratulations to Solen and what he’s accomplished at such a young age. The even more exciting part for all of us high school fans is that we’ll still be able to see the Sun Devil-bound product for two more years! It’s as exciting of a time as can be and Solen Munson is helping to spearhead that excitement into the 2022 campaign.