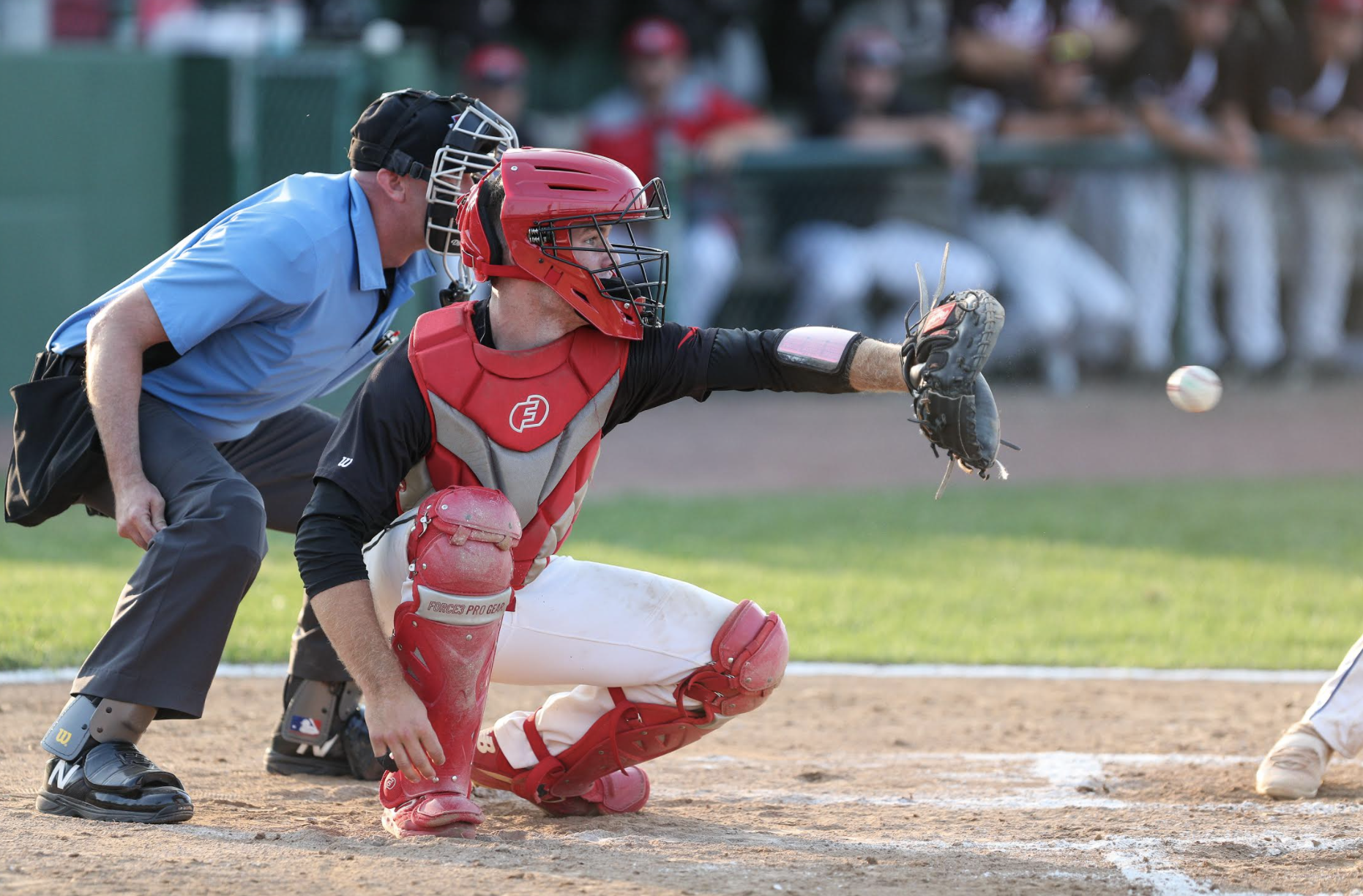 Just like with Class 4A, the venue for the Class 3A scene may not be Principal Park, but it’s equally as good with Duane Banks Field in Iowa City. To get to those hallowed grounds, teams must first make their way through a grueling substate field. The IHSAA came out with their substate groupings for Class 3A in late June but postseason play won’t officially kick off until July 16th. Exact substate battles won’t be released until July 7th. Until then, we’ll take a look at each substate group:

This one is a hard one right off the bat. MOC-Floyd Valley has the top mark against Substate 1 teams at 5-2 with the third-most RBI in Class 3A (210). Then again, the Dutchmen’s schedule has a few teams with a stronger strength of schedule. That includes LeMars who has gone 5-3 against Substate 1 teams and involves Carter Arens who rests with the fourth-most RBI in 3A with 36. Then there is Storm Lake who is 13-4 against teams .500 or better. The Tornados hold the second-strongest schedule within the Substat 1 field. They have a strong pitching staff led by Mark Eddie (63 strikeouts – 7th in 3A) and a powerful offense led by Jake Eddie (.506 AVG, 30 RBI). MOC-FV has a victory over Storm Lake while the Tornados have taken down LeMars and top teams like ELC and St. Albert. Meanwhile, Sergeant Bluff-Luton also has a gripe with victories over St. Albert and a 3-1 mark against Heelan. Ultimately, Storm Lake just seems to take the edge, not just with their victories but the quality losses (that’s right, losses) they have.

This Substate is most likely a two-horse race with Webster City and Waverly-Shell Rock vying for the number one spot. The Go-Hawks have been really surging as of late but then again, Webster City has been dominant all year long, still the only 3A team with one loss or less on the season. Should they be able to host, the Go-Hawks might have quite the advantage with the most home victories (14) out of any 3A team. They do have strong victories over Decorah and Dike-New Hartford. Waverly-Shell Rock ranks fourth in 3A with 131 walks while eighth with 184 RBI and ranks first in 3A with 247 K’s. Individually, that pitching staff is led by Chance Key with 69 K’s (T-4th in 3A). Meanwhile, the Lynx have big wins over Humboldt and Boone and hold a 5-0 mark against Substate 2 teams. They are led by a strong pitching staff that interestingly enough led by four pitchers who have put the Lynx in top-10 in three different categories. All that led by senior Tyler Olson with 64 strikeouts and a 0.36 ERA. Also, don’t count out Humboldt’s power and Clear Lake’s pitching led by top strikeout leader Jett Neuberger (78 K’s).

This is a substate field that is Wahlert Catholic’s to lose. Decorah will make a slight push for the top seed as one of only seven 3A teams to suffer 5 losses or less. They’ve maintained a +6.0 run differential and helping that cause has been the offensive and defensive punch in Keenan Tyler and Cael Luzum. Tyler’s 37 RBI’s rank third in 3A while Luzum’s 73 strikeouts also sit third in the class. Having said that, the Golden Eagles have produced 23 victories through a schedule half-filled with Class 4A squads. Overall, Wahlert Catholic has the third-toughest schedule in Class 3A and includes a split against Hempstead, Iowa City West, and Iowa City High, not to mention a sweep of Western Dubuque. Only two of their losses have come against 3A opponents. Even without star Tommy Specht, the Golden Eagles have still relied on their depth which includes Jake Brosius and his top-5 mark of six home runs and 27 RBI. That also includes 189 K’s including 58 as part of a notable season from Aaron Savory.

While the battle for the top spot seems to be snatched up by one team, it’s technically a two-team mix. Davenport Assumption will hit the postseason path with the strongest regular-season schedule in all of Class 3A. That does include 14 games against 4A opponents. Overall, the Knights are 6-4 against ranked opponents this season and currently rest with a mark of 3-1 against Substate 4 opponents. They may have the third-highest loss total among the substate field but they also have the most victories among Substate 4 squads with 25. The only team that is legitimately vying for the top spot alongside Assumption is Fort Madison. With a +6.3 run differential, they’ve run off to a 14 win mark against Substate 4 teams, the most in the group. Just like Assumption, Fort Madison ranks among the top-10 best RBI squads in 3A with 179. Ultimately this is a tough substate with four of the teams owning a top-15 strength of schedule.

Probable Top Seed – Assumption: The Knights and Bloodhounds split their season series but we predict that the schedule and quality victories for Assumption grant them the top spot.

This might just be one of the toughest Substate fields. Don’t let records bother you, Carlisle has two big wins over Ballard and toppled 2A top-three ranked Van Meter. Meanwhile, Bondurant-Farrar has also produced big wins over Boone (twice), North Polk, and Winterset. As for the top spot in the substate field, Xavier and Solon have the biggest claim to the throne. Both teams touched up 20 victories or more and for the Saints, with their 3A leading 16 triples and 165 walks, double-header sweeps over Iowa City West, CR Kennedy, and Wahlert Catholic That is what may be putting Xavier in the driver’s seat. Meanwhile, with their 3A best 218 RBI, Solon has a case themselves. With freshman Brett White having a stellar season (Class 3A second-best 38 RBI) along with Kinnick Pusteoska and his 17 XBH and 35 RBI.

Despite the strength of North Polk and Ballard, the top-ranked Marion Indians have perhaps the best shot at the number one seed here. It’s a deep team with three individuals ranking in the top-15 in most RBI (Owen Puk-32, Myles Davis-33, Kaden Frommelt-35) while top-10 in at least eight offensive categories. Don’t be too quick to count anyone out in this field, however. It was Benton who played the role of upset king last year all the way to the state tournament last season. It’s also extremely hard to count out Iowa commit Sam Petersen and his nine homers. Then there’s North Polk’s Joe Husak who ranks 12th in the state with 75 strikeouts

This may look like a substate field with a clear path but not so much. While Grinnell may have the upper hand to the number one spot, it’s far from a cakewalk in Substate 7. You have three teams who have graced the state tournament within the past two years with plenty of surprises up their sleeves. Two years ago, ADM thwarted a tenth straight state tournament trip for the storied Harlan Cyclone team to enter the tournament with a losing record. This year, DCG started their season out with a 1-5 mark through the first six games. They’ve since rattled off 11 victories in the past 15 games to break past .500 with the 5th strongest schedule in 3A. Sophomore Clayton Campadilli sure has been fun to watch with his power for 15 XBH and 5 homers. Meanwhile, while Boone has a strong season going, Grinnell seems to be the favorite for the top spot. Led by Owen Coffman (56 K’s) and Brady Steward (53 K’s) for the second-most team K’s in 3A (242).

Another tough substate field but one that has more of a clear-cut number one in Gilbert. The reigning 3A runner-ups continue to have a strong season through a tough schedule. They pace the Substate 8 field in wins and tie a surging Denison-Schleswig team with the fewest losses of the group. Speaking of the Monarchs, they house a 5-2 mark against Substate 8 teams. It’s also hard to ignore the great season on the mound for Monarch senior Braiden Heiden sporting 61 K’s on the year. Even though we’ve entered into the post-Steve Deages era for Harlan baseball, the Cyclones are still nothing but a challenging team to face. Watch for them to make a splash along with the Huskies of Winterset. Even if the offense has slipped at times, their pitching has been something to be amazed at led by the three-headed dominance from Will Heithoff (47 K), TCU commit Justin Hackett (45 K), and Jake Porter (45 K).