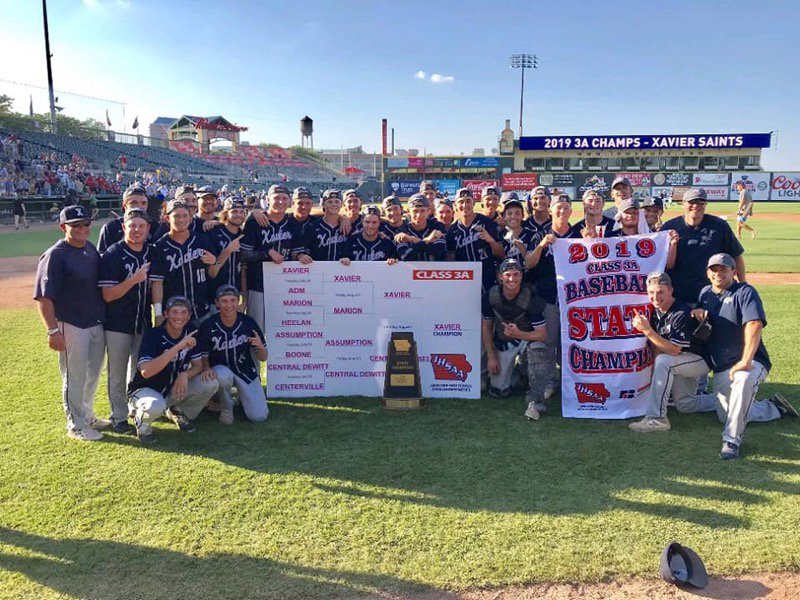 It has been 16 years since the IHSAA moved the baseball state tournament to Principal Park and during that time there have been 64 champions crowned.  Sifting through those 64 teams trying to compile the 10 best was nearly impossible. Every team that makes the tournament is special and winning a title requires top end talent, great coaching and usually a little luck.  We did our best – and here we go, continuing to count down our top ten Principal Park Era teams.

Winning 30 4A games is extremely difficult to do, especially if you’re a 3A team.  It didn’t matter what level the competition was, the ’19 Saints were one of the best to ever do it.  Not only did they have a team ERA of 1.81, they also led 3A in BA, RBI, Runs Scored, OBP and slugging.  Bryson Bastian led the way on the mound going 11-0 striking out 74 in 65 IP.