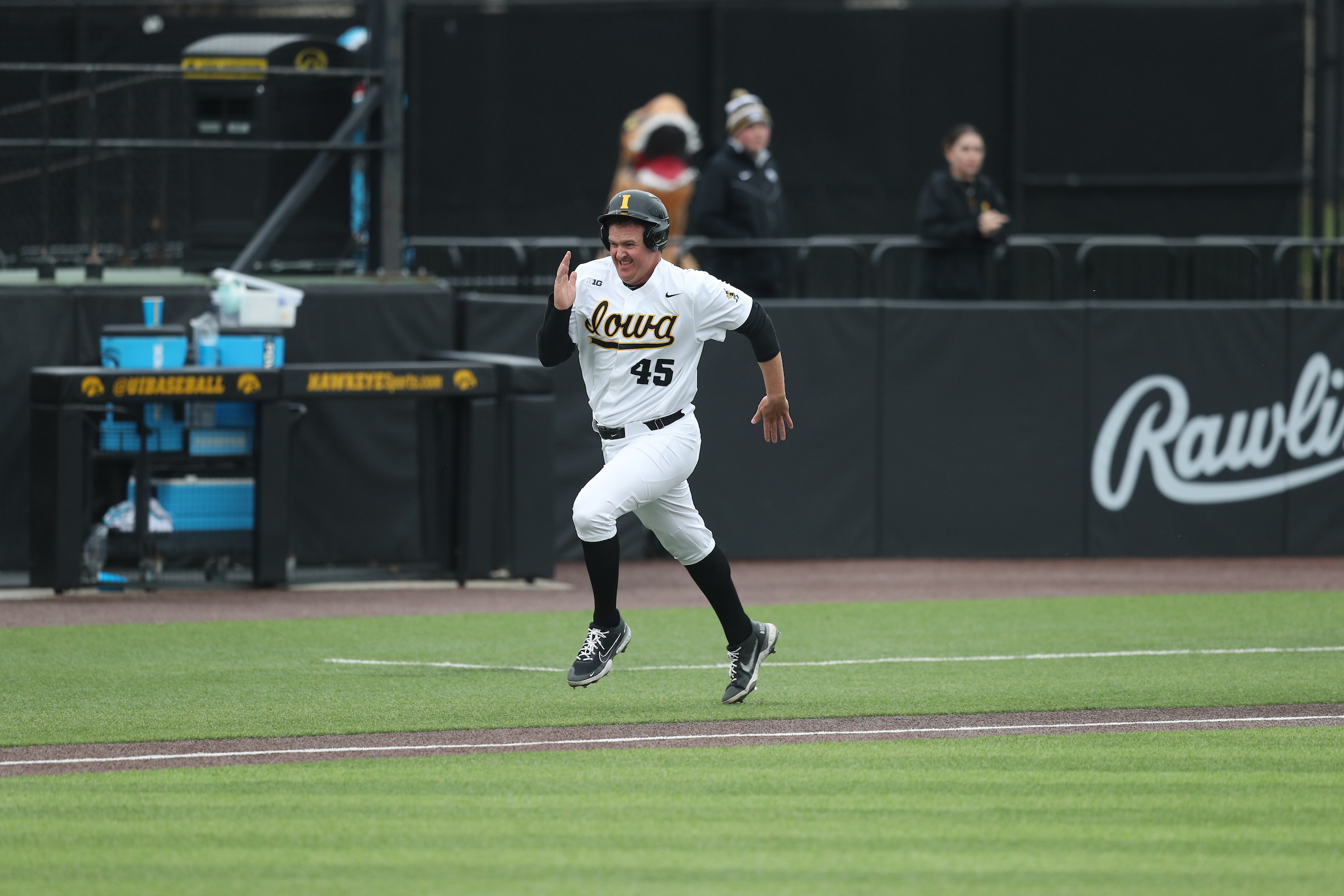 The Hawkeyes improve to 7-1 in midweek games this season and 24-13 overall. Iowa has won 11 of its last 14 games and 16 of 21 heading into a three-game weekend series at Nebraska.

Iowa scored in four of the first five innings to jump out to an 11-1 lead. The team finished with nine hits in the contest with three going for extra bases.

The Hawkeyes jumped out to a 1-0 lead in the first on Keaton Anthony’s RBI ground out and Peyton Williams doubled in Iowa’s second run before scoring on a WIU error in the third to make it 3-0. It was one of the Leathernecks’ five errors in the contest.

After Western Illinois scored its lone run in the top of the fourth, Iowa put up a three spot in the third to make the score 6-1. Sam Petersen scored on a WIU throwing error and Michael Seegers and Will Mulflur had RBI singles.

Iowa got to double digits on the scoreboard in the fifth. After loading the bases on three consecutive walks, Petersen’s sacrifice fly plated the first run and Iowa’s eighth run crossed the plate on a wild pitch. Seegers then belted the first pitch he saw over the wall in left field for a three-run homer, extending the lead to 11-1.

“It was a good night for us,” began coach Rick Heller. “We accomplished all that we wanted to. With it being a 10-run rule night, we didn’t get a couple of guys in that we would have wanted to.

“Overall, I was pleased with our effort. We showed up with a mature approach and played hard.”

OF NOTE…
– Seegers finished 2-for-4 2ith two runs and a career-high four RBIs. The fifth inning home run was the first of his career.
– Williams had two extra base hits – a double and triple. It was his 15th double and second triple in as many games at Banks Field.
– Iowa has scored 10 or more runs in three of its last five games.
– It was the sixth game of the season where Iowa’s pitching staff allowed one or fewer runs.
– The Hawkeyes didn’t commit an error for the sixth time in the last seven games.