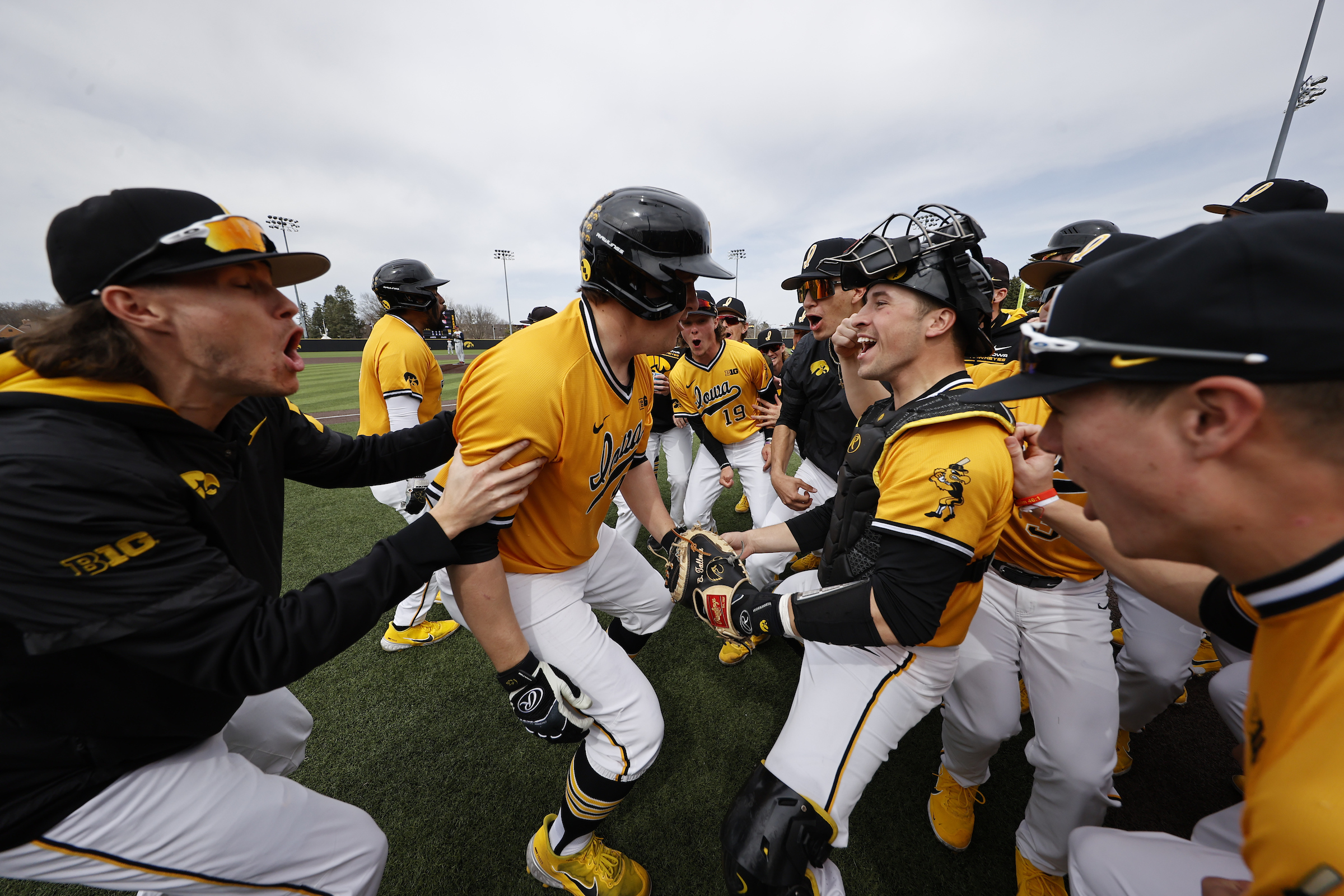 An eight-run seventh inning sent the University of Iowa baseball team to a 9-3 victory and series sweep of Minnesota on Sunday afternoon at Duane Banks Field. It is the Hawkeyes’ second straight sweep of the Gophers.

“Getting a sweep is big, especially at home,” said redshirt sophomore Will Mulflur. “It is good momentum for everyone on the team, especially going into a tough one on the road next week. We have to take care business during the midweek, too, against Bradley.

“It was a good confidence booster with everybody. The pitchers coming out and throwing strikes, always giving us a chance, the offense coming through. It felt like we were able to be who we are this weekend and it worked out.”

Iowa trailed 3-0 at the stretch after mustering just three hits over the first six innings. The Hawkeyes came to life in the seventh when they got to the Minnesota bullpen.

With one out, redshirt sophomore Kyle Huckstorf and freshman Ben Wilmes singled to start the rally before sophomore Michael Seegers drove in the first run with an RBI single to right field, cutting the deficit to 3-1.

“I was trying to go up there and keep fighting,” said Mulflur. “I found myself in a lot of two strike counts this season. I wanted to see it deep with two strikes and get a good swing on it. I got it past the third baseman.”

The Hawkeyes continued their hit train with an RBI single from Sam Petersen and Wilmes’ two-run single pushed the lead to 8-3. Iowa had eight runs on seven hits in the inning.

“The whole game we never stopped believing in our offense,” said Mulflur. “We didn’t get off to the best start. (Aidan) Maldonado was good early, but we kept at it and were able to put up eight. We never wavered with our confidence.”

Iowa scored its ninth run in the eighth when Williams doubled and then scored on a wild pitch.

Minnesota scored single runs in the first, second and third innings against Iowa starter Ty Langenberg. The Gophers had six hits in the first three frames, but just two hits the rest of the way against two Hawkeye relievers.

“It feels good to give your team a chance,” said Nedved. “It was big to get those shut down innings so it could give our team a chance to come back and win. We were able to get it done, so it was nice.”

“Big tip of the hat to Ben, he came into the game and settled it down,” began head coach Rick Heller. “Then Dylan closed it out. To throw zeros up once we go to the bullpen was a great sign and a great thing to see.”

Next up for the Hawkeyes will be another midweek battle against Bradley, this time to be played at Duane Banks Field. That game will take place on Tuesday with a start time of 6:05 p.m.