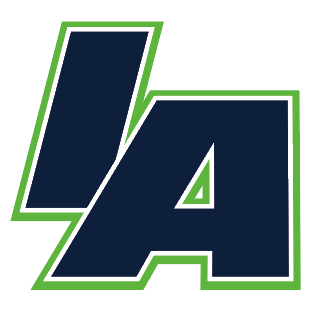 It was quite the night of action in the world of high school baseball. Big impacts across the game such as Ankeny Christian Academy continuing to make a name for themselves in Class 1A. Western Dubuque continues to implement themselves as a top-10 team in Class 3A. Class 2A fell just short with two big upsets. Meanwhile in Class 4A, top ten teams went on a roll, outscoring 131-99, the highest scoring differential out of any class for the night. With that, lets dive into how our top-10 teams fared out through week two’s Wednesday action.

Overall, Class 1A squads went a combined 5-0 in limited action overall. It was an unblemished mark record-wise as they outscored opponents 63-7. They were the only class where the top-ten went unblemished a well as the only class to allow less than ten runs from opposing teams. We saw teams perform yet again including former top-10 squad in Hinton, walking it off against a tough Gehlen Catholic squad 4-3 while Ankeny Christian Academy continues their push towards the top ten having outscored their last three opponents 46-7.

Class 2A top ten teams had the hardest day out of any class across Wednesday’s action. Despite outscoring opponents 65-46, the overall combined record equaled out to just 5-3. The overall run count is a little deceiving as three of the eight top ten teams in action accounted for 49 of the 65 runs produced. Big upsets were had all around including Underwood slapping fifth-ranked Kuemper Catholic with their second largest loss over the past three season. Meanwhile, seventh-ranked Mid-Prairie falls to Durant by one run. Second-ranked Pella Christian also fell short in an 18-3 loss to 4A’s tenth ranked Indianola. On the other hand, fourth-ranked Des Moines Christian picked up a strong with over over a tough Treynor squad.

For Wednesday action, Class 3A squads went a combined 8-3 on the night, outscoring opponents by a 76-37. A couple of top-ten battles on the day including 4th ranked Xavier scoring in all but one inning to take down tenth ranked Solon 12-4. There was also a showdown between newly minted second ranked Independence and eighth ranked Western Dubuque. In a show of absolute dominance, the Bobcats allowed just two runs through two games and outscored the Mustangs 17-2 for the double-header sweep. The action also included a walk-off by Carlisle to take down Gilbert 5-4. We also saw North Polk get knocked off by ADM by three.

The top-10 teams in Class 4A sported the highest win total out of any class, going a combined 11-1 on the night. Overall, the top-10 squad outscored their competition 131-39. Six of the top-10 touched up ten runs or more. Dowling allowed just one run in a double-header sweep which included a complete game outing out of Drew Mauro in the opener. Johnston continued to roll as they rolled over Des Moines East 27-4 in two games. Waukee also shined against Ottumwa, outscoring by a 21-11 margin.